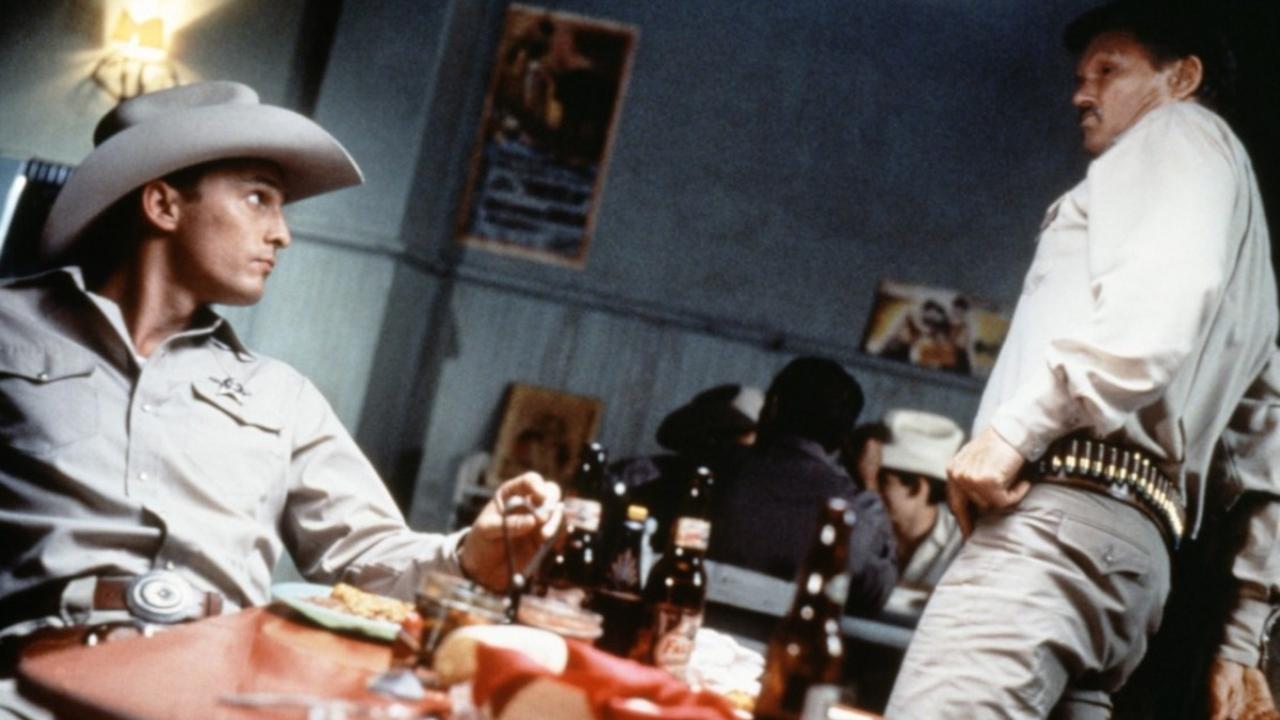 “John Sayles’ LONE STAR contains so many riches, it humbles ordinary movies. And yet they aren’t thrown before us, to dazzle and impress: It is only later, thinking about the film, that we appreciate the full reach of its material. I’ve seen it twice, and after the second viewing, I began to realize how deeply, how subtly, the film has been constructed.

“On the surface, it’s pure entertainment. It involves the discovery of a skeleton in the desert of a Texas town near the Mexican border. The bones belong to a sheriff from the 1950s, much hated. The current sheriff suspects the murder may have been committed by his own father. As he explores the secrets of the past, he begins to fall in love all over again with the woman he loved when they were teenagers.

“Those stories — the murder and the romance — provide the film’s spine and draw us through to the end. But Sayles is up to a lot more than murders and love stories. We begin to get a feel for the people of Rio County, where whites, blacks, Chicanos and Seminoles all remember the past in different ways. We understand that the dead man, Sheriff Charlie Wade, was a sadistic monster who strutted through life, his gun on his hip, making up the law as he went along. That many people had reason to kill him — not least his deputy, Buddy Deeds (Matthew McConaughey). They exchanged death threats in a restaurant, shortly before Charlie disappeared. Buddy became the next sheriff.

“…All of these events unfold so naturally and absorbingly that all we can do is simply follow along. Sayles has made other films following many threads (his “City of Hope” in 1991 traced a tangled human web through the politics of a New Jersey city). But never before has he done it in such a spellbinding way; like Faulkner, he creates a sure sense of the way the past haunts the present, and how old wounds and secrets are visited upon the survivors…The performances are all perfectly eased together; you feel these characters have lived together for a long time and known things they have not spoken about for years. Chris Cooper, as Sam Deeds, is a tall, laconic presence that moves through the film, learning something here and something there and eventually learning something about himself. Cooper looks a little like Sayles; they project the same watchful intelligence.

“…LONE STAR is a great American movie, one of the few to seriously try to regard with open eyes the way we live now. Set in a town that until very recently was rigidly segregated, it shows how Chicanos, blacks, whites and Indians shared a common history, and how they knew one another and dealt with one another in ways that were off the official map. This film is a wonder — the best work yet by one of our most original and independent filmmakers — and after it is over, and you begin to think about it, its meanings begin to flower.” -Roger Ebert