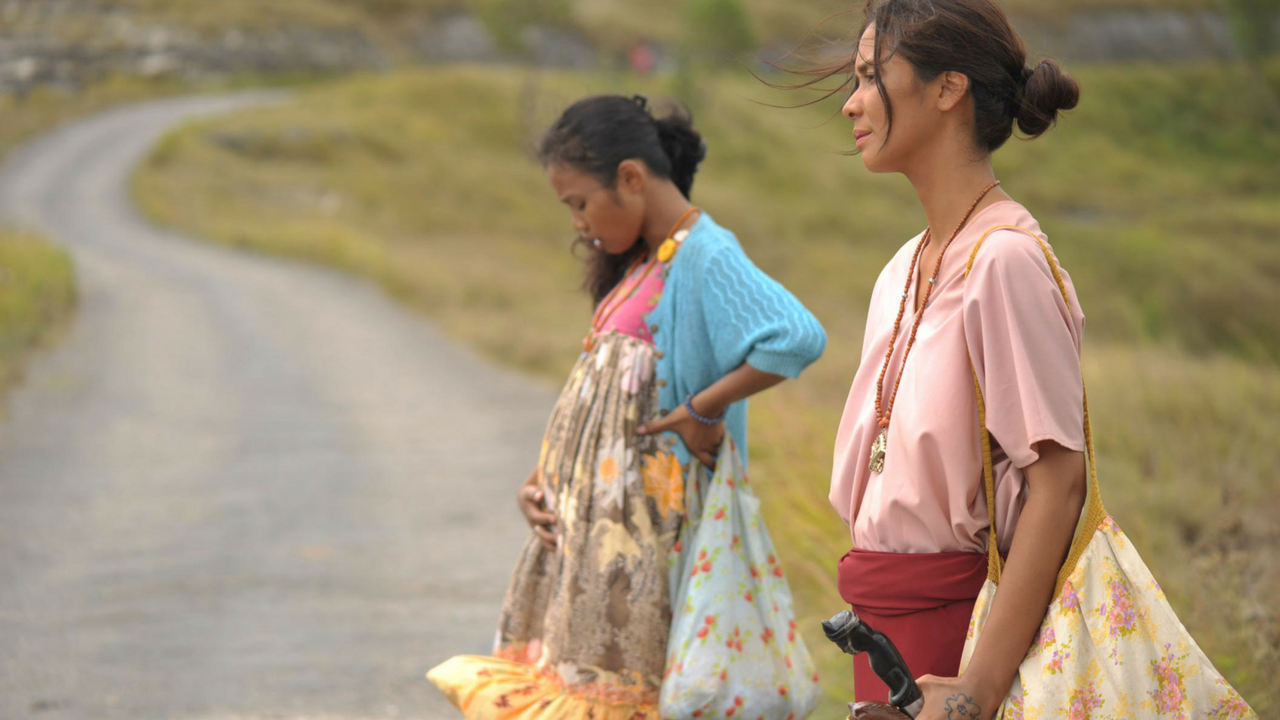 Marlina the Murderer in Four Acts

In the deserted hills of an Indonesian island, Marlina, a young widow, is attacked and robbed of all her livestock by a gang of seven bandits. She then defends herself, setting out on a journey to find justice, empowerment, retribution and redemption. But the road is long, especially when she begins to be haunted by the ghost of her victim. A stunning ’Scope western set to a Morricone-inspired score, this unique tale of female cinematic revenge takes no prisoners.

“Austere yet stylish… A starkly told tale of a determined and strong female character who is mad as hell and is not going to take it anymore… THE BOTTOM LINE: KICKS ASS.” — Boyd van Hoeij, The Hollywood Reporter

“AT ONCE TIGHTLY CONTROLLED AND SIMMERING WITH RIGHTEOUS FURY, [Marlina] is a gorgeously lensed, atmospherically scored and moves inexorably toward a gratifying payoff… At the age of 36, Indonesian director-writer Mouly Surya has made the first Satay Western.” — Maggie Lee, Variety

“THE FEMINIST WESTERN YOU NEED TO SEE… Satisfyingly deadpan, viciously vengeful and full of surprises… one of the most ravishingly beautiful films at Cannes.”