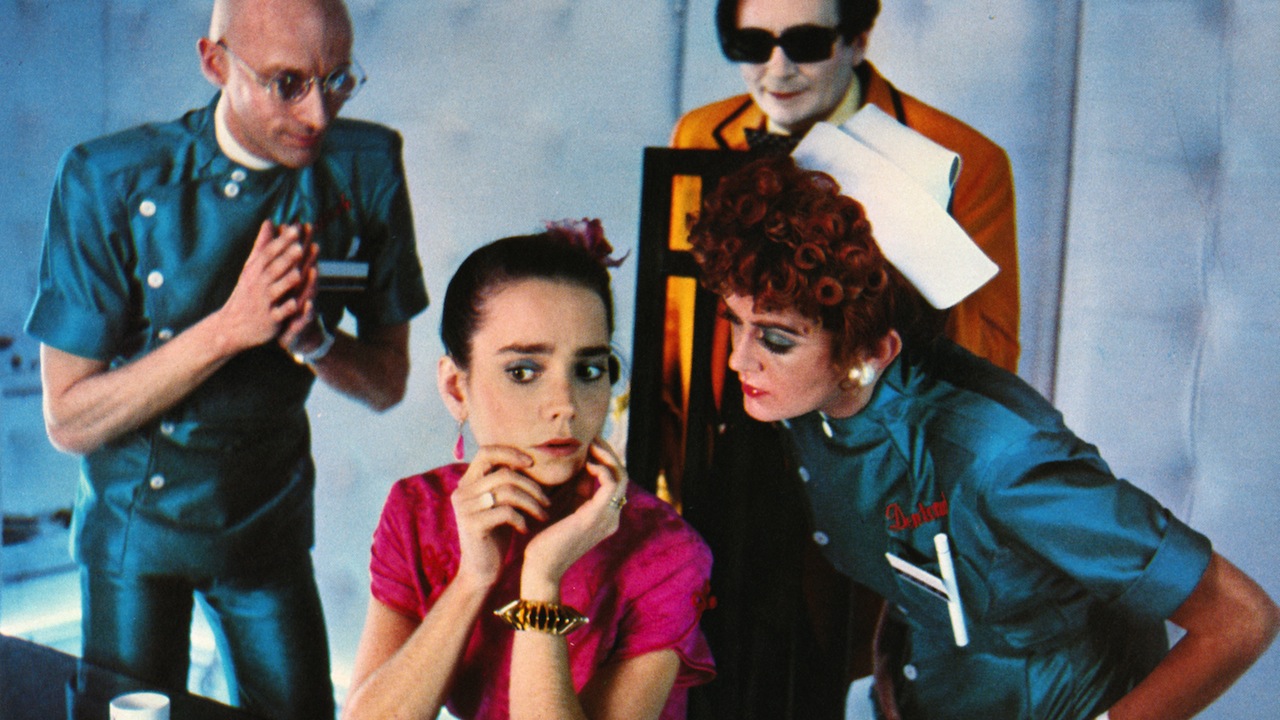 “In the past year or so, Mike Judge’s Idiocracy and Sidney Lumet’s Network have often been cited as cinematic prophecies for the rise of Donald Trump. It’s not hard to see why, and Network was so prescient about things in our current media landscape that the film’s warnings almost seem quaint by today’s standards. But, there is one film yet to be brought up in the conversation of films that accurately predicted the future: Co-writer/director Jim Sharman and co-writer Richard O’Brien’s SHOCK TREATMENT, the less successful follow-up to the biggest cult film of all time, The Rocky Horror Picture Show. When SHOCK TREATMENT had its 25th Anniversary DVD release ten years ago, many noticed that it correctly predicted the culture of narcissism, ‘80s materialism, reality television, people who were famous for being famous, the rise of celebrity doctors and the mainstreaming of mental health. Ten years later, all of those things have become the norm in our culture and almost aren’t worth commenting on anymore. But now we’re in the era of Trump’s presidential candidacy and 35 years after its release, SHOCK TREATMENT has another eerie layer to it.

“The entire film takes place in an enclosed TV studio where several shows are broadcast under the umbrella of Denton TV, named after a fictional town in Ohio. It’s ruled by Farley Flavors (Cliff DeYoung), a fast-food tycoon who has made himself a brand name in the American culture and who has now taken over the airwaves with insipid game shows and soap operas. The film’s heroes are, once again, the hopelessly banal, goody-two-shoes Brad Majors (also DeYoung) and Janet Weiss (Jessica Harper), the only carry-over characters from Rocky Horror. They become the unwitting contestants on a long-term game show designed to save their marriage.’While Brad sits estranged in a straightjacket for much of the film, Janet and her racist parents becomes the stars of a reality TV show called Dentonvale. The studio audience watches all of these shows and reacts accordingly to their twists and turns.” -RogerEbert.com