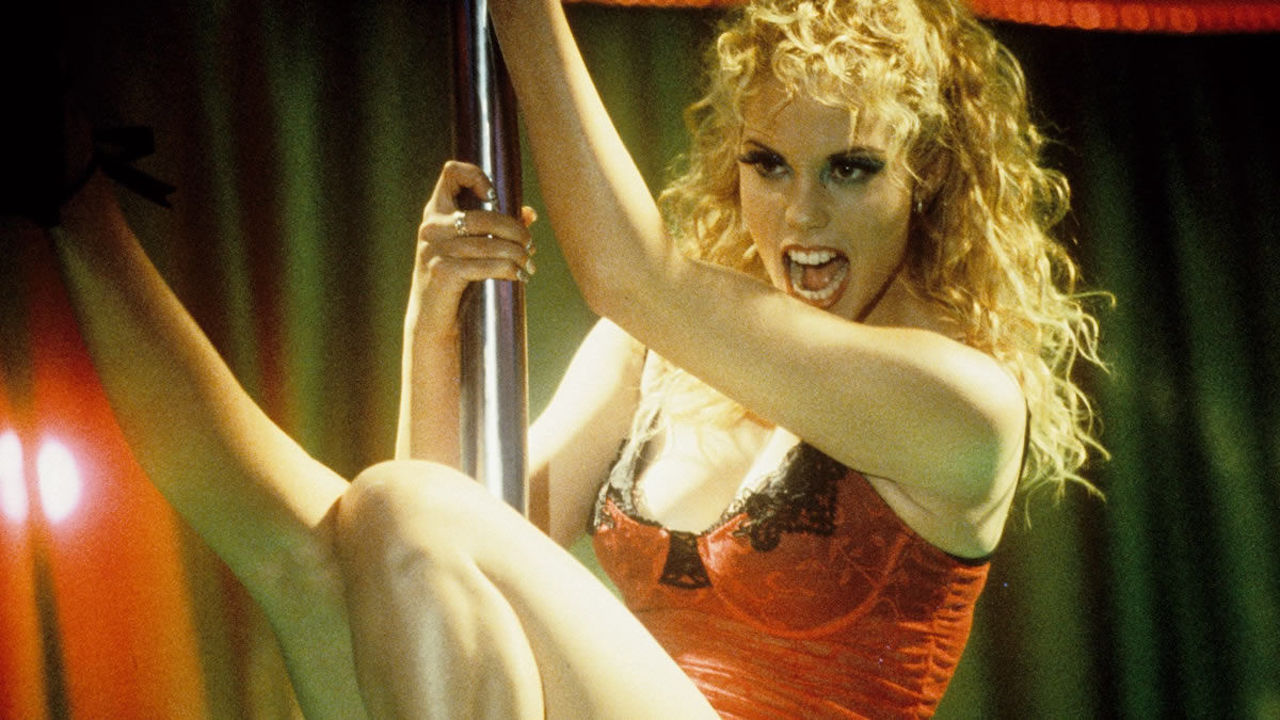 Nomi Malone is running from her past and chasing stardom as a showgirl in Las Vegas. She finds her way through “a tornado of thrusting and rhinestones” navigating the dance world’s dark underbelly of misogyny and exploitation. Guest presenter and visual artist Martine Gutierrez describes this box-office-flop-turned-cult-classic as a “sexy, sexy mystery,” oozing with campy excess and a glittery dash of film noir. A capital-d Diva armed in “Versayce,” Nomi is aggressive in her sexuality, gender performativity, and ambition. Gutierrez reflects on how Nomi’s dreams push her to obscene extremes, asking us to consider: Is it possible to over-realize a world?

Martine Gutierrez on SHOWGIRLS:
“I remember watching SHOWGIRLS for the first time and feeling like it was a classic example of something, an epitome of everything––being given so much of what you want, to the point where it becomes obscene. If it is possible to over-realize a world, does the indulgence negate the authenticity of the characters within it? These are points that dawned on me after the fact. The impact was always Nomi Malone, the aggression of her sexuality, her drag, her camp––which essentially was just too much glamour. In a tornado of thrusting and rhinestones, too punk to be diamonds, was Nomi, surrounded by male characters all with disguised intentions to manipulate her, all inconsequential. SHOWGIRLS always felt like a French film in that our leading lady exits the frame as much a mystery as she entered. SHOWGIRLS was nothing more than a postcard, a reminder of Nomi’s own escape from her past. A document of mystery, a sexy sexy mystery.”