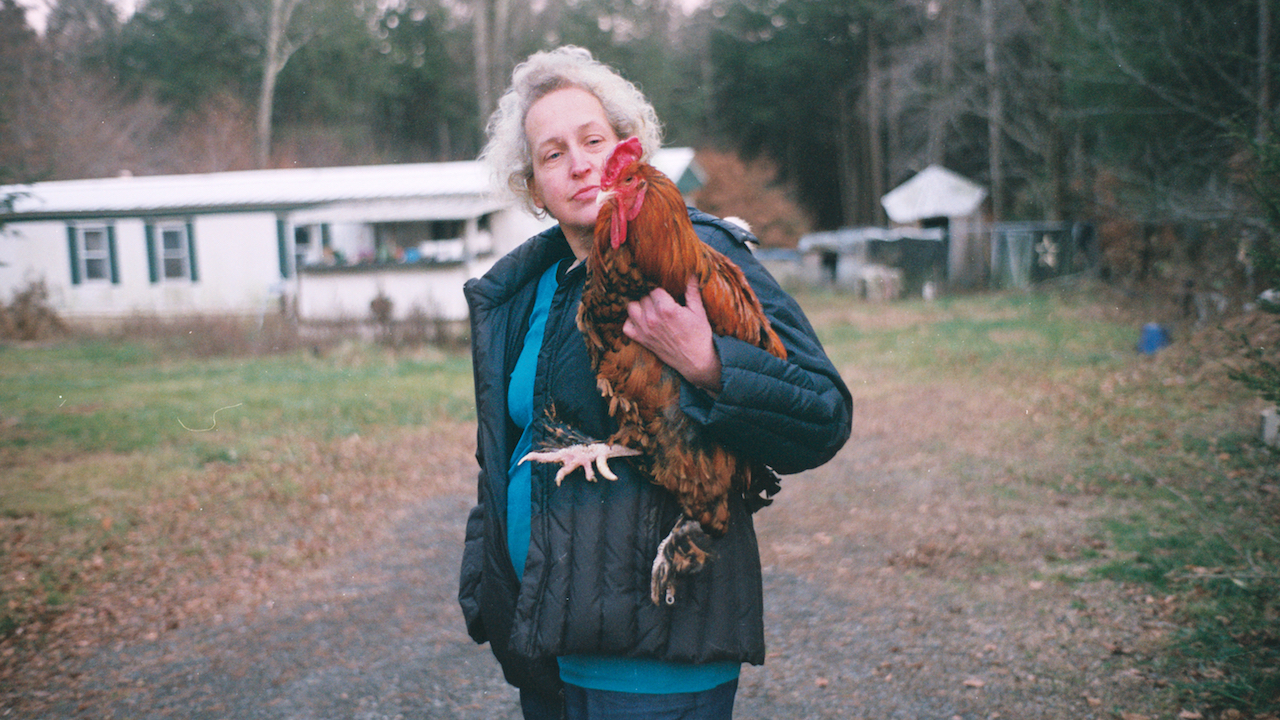 In Richard Miron’s surprising and empathetic FOR THE BIRDS, we follow an unusual woman named Kathy who lives with 200 pet chickens, ducks, geese and turkeys. What starts as a story seemingly about Kathy’s battle with local animal advocacy groups slowly transforms into an intimate drama about her relationship with her husband Gary, and the toll the birds have taken on their marriage and her well-being. Filmed over the course of five years, this sensitive tale of one woman’s world breaking down—poignant and absorbing in equal measure—is ultimately one of hope about the possibility of regaining one’s life.