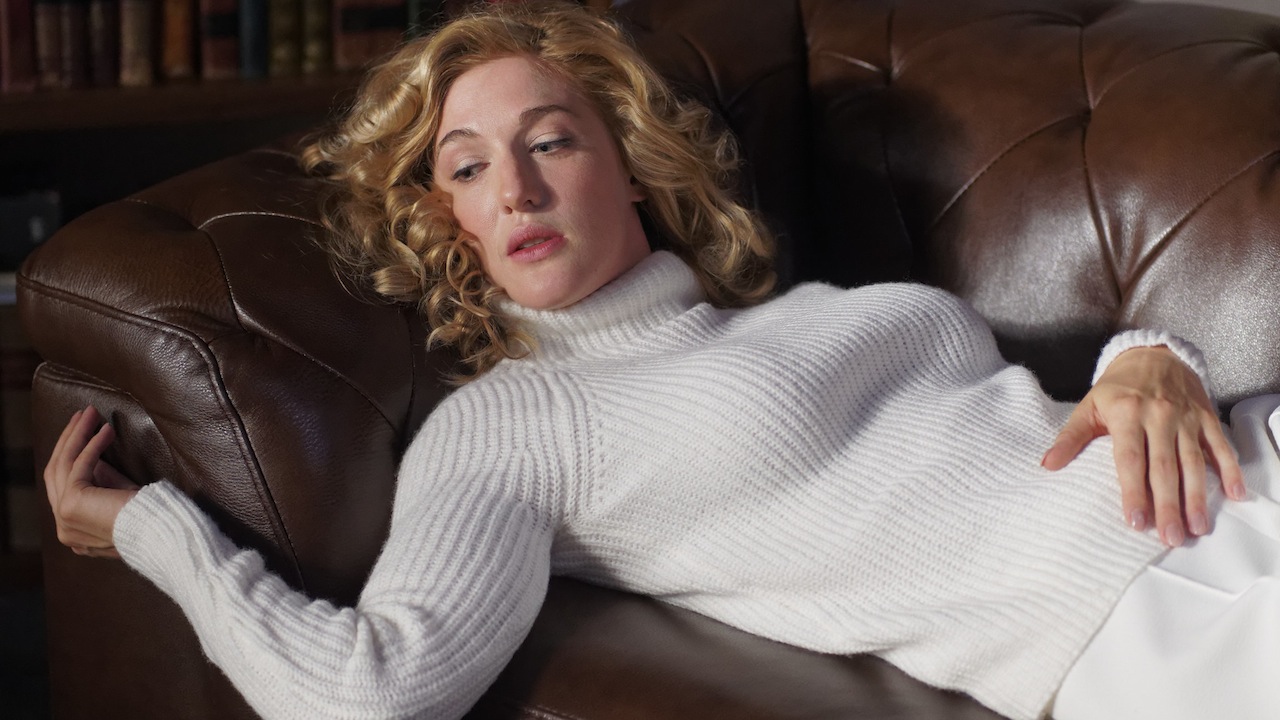 Screening as part of CANADA NOW

Based on the life and electrifying writings of former sex worker-turned-bestselling novelist, Nelly Arcan (born Isabelle Fortier), acclaimed writer-director Anne Émond’s third feature film (Nuit #1, Our Loved Ones), NELLY, is a powerhouse drama of sexuality and solitude. Arcan’s first novel Putain (Whore) enjoyed instant critical and popular success upon its release in 2001. Moreover, the multiple similarities between its prostitute protagonist Cynthia and Arcan’s own life as a sex worker fuelled considerable media attention. Émond explores Nelly’s blurring of identities as she struggles to make meaning in her life while simultaneously performing that life in various personae: Nelly, the confessional writer; Cynthia, the expensive escort; Marylin, the glamorous celebrity; and Amy, the wild, libidinous lover. This arresting tale of a brilliant yet troubled woman haunted by her past, her beauty, and her uncertain future features a towering performance by Mylène Mackay (TIFF Rising Star 2016) in the title role.