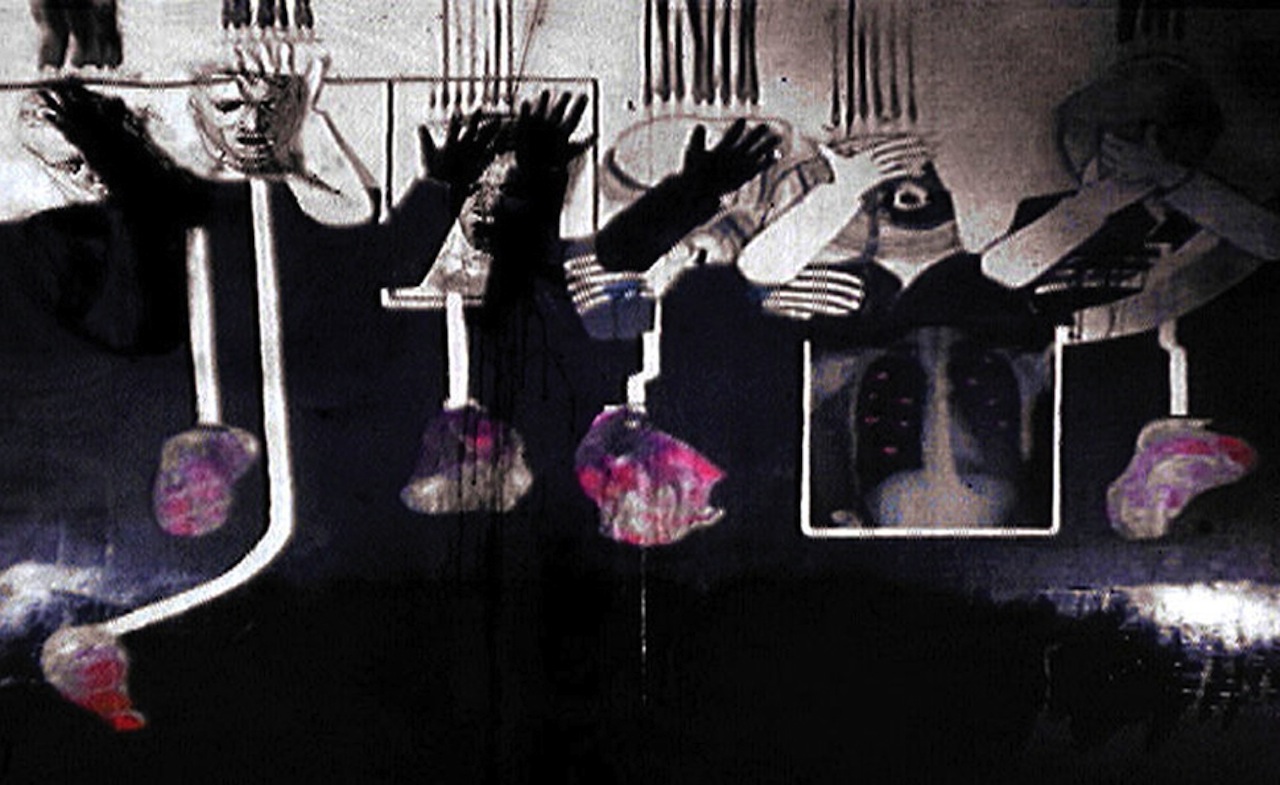 Six Men Getting Sick (1967, 4 min)
“Made over Lynch’s 1967 semester at the Pennsylvania Academy of the Fine Arts, this nearly one-minute short film packs more transfixing oddities than most experimental features could ever dream of… Deceptively simple and abstractly grotesque.” –Indiewire

The Grandmother (1970, 34 min)
“The first film Lynch ever made with the American Film Institute (he received a grant for $5,000 based on a script treatment he wrote for the film and the success of his 1968 short ‘The Alphabet’), this 35-minute short is more or less the first major film the director made given its length and style. He imaginatively blends live action filmmaking with animation to weave a tale about childhood innocence and parental bonding… What is proven by this short is Lynch’s mastery of tone. Completely dialogue-free, ‘The Grandmother”‘is carried by its aural landscape, from mediative musical cues to moaning character screeches that rattle, awaken and disorient the viewer at every turn.” –Indiewire

The Amputee, Version 1 and Version 2 (1974, 10 min total)
“David Lynch was one year into the three it would take to complete his feature film debut, Eraserhead (1977), when funding ran out and he was forced to suspend production. Depressed over the shutdown, Lynch felt hope reignited when fellow American Film Institute student Frederick Elmes was assigned to test two brands of black-and-white video tape that the AFI was considering buying in bulk. Though Elmes had intended on shooting the comparison with test patterns, Lynch convinced him to make a short film, twice, once for each brand of stock. The result was The Amputee (1974), which Lynch wrote over the course of a single night and which marked his first fully live action short subject. A static shot of a woman, a double amputee who sits composing an angry letter while a male nurse irrigates and dresses her stumps, The Amputee stars Catherine Coulson, a member of Lynch’s Eraserhead crew who later contributed to its completion from her earnings as a waitress. Playing the part of the male nurse is Lynch himself, in his first of many cameo appearances. The halt in filming of Eraserhead cost Lynch his original director of photography, Herb Cardwell (who died of a sudden heart attack shortly thereafter), leaving Fred Elmes to take his place. Lynch and Elmes would collaborate on Blue Velvet (1986) and Wild at Heart (1990), while Catherine Coulson would play the prophetic Log Lady on Lynch’s cult TV series Twin Peaks.” -Turner Classic Movies

Screening as part of The Films of David Lynch.