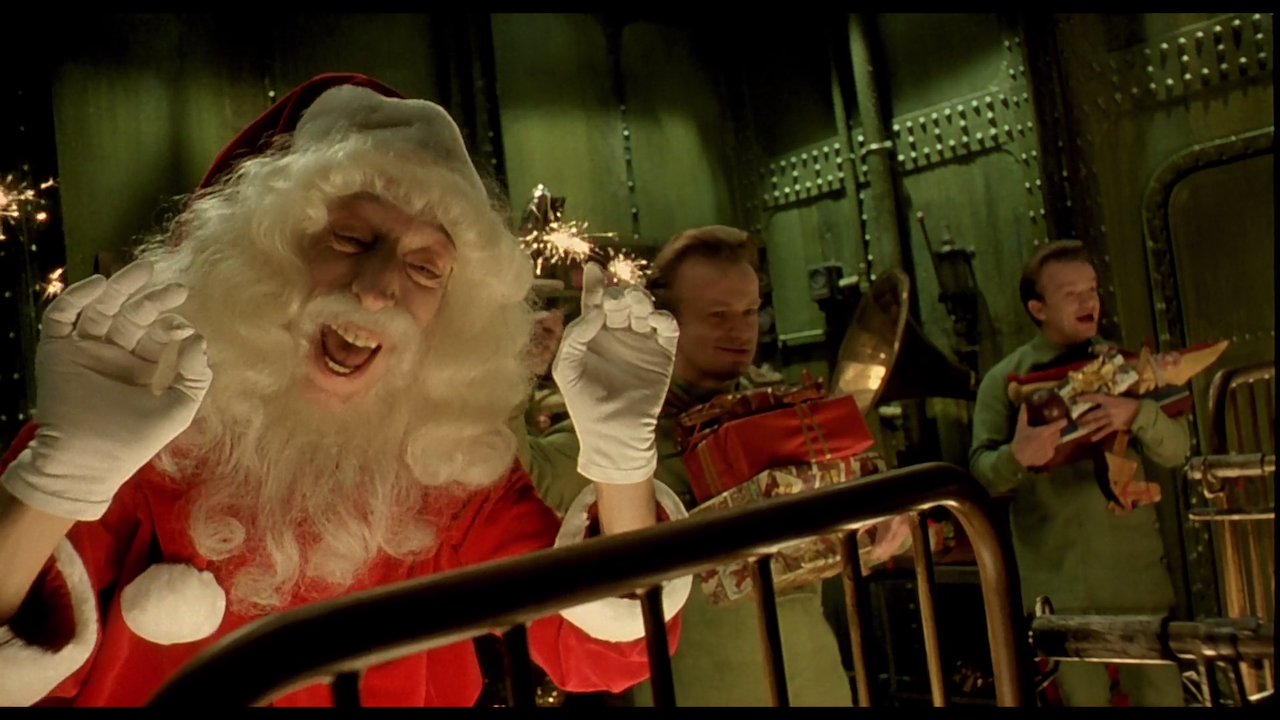 The City of Lost Children

“It is a cozy Christmas Eve, and a toy soldier on the windowsill of a little boy’s bedroom comes to life and begins beating on his cymbal. Moments later, a Santa Claus plops into the fireplace, brushes himself off and steps into the room. He is followed by another Santa Claus and another until the place is teeming with ominously jolly Santas.

So begins the provocative but impossibly convoluted cinematic fantasy “The City of Lost Children.” As the boy’s excitement turns to apprehension, the walls begin to crinkle and everything becomes wavy and distorted. Suddenly the child, named Denree (Joseph Lucien), finds himself on the streets of a murky harbor city peopled with carnival characters, among them his adopted brother, a half-witted circus strongman with Munster features named One (Ron Perlman).

This opening scene is the first of many scattered throughout the movie that capture the atmosphere of a child’s fevered nightmare with an astonishing intensity. Directed by Jean-Pierre Jeunet and Marc Caro, the French film makers who created the 1991 cult hit “Delicatessen,” “The City of Lost Children” is jampacked with surreal imagery: “Frankenstein,” “Peter Pan,” Jules Verne, you name it.” – The New York Times