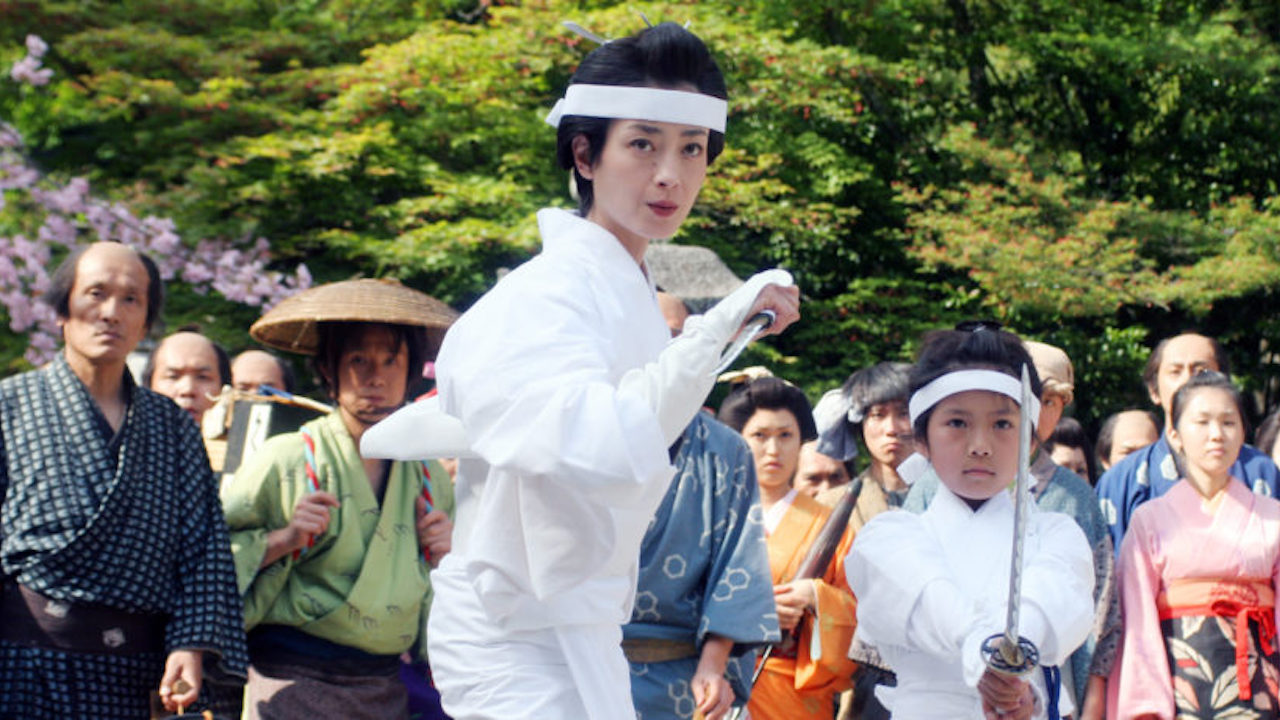 “Not the Kore-Eda we are used to. Not a minor art-house film, no ingenious narrative puzzles (like After Life) and no meticulous social drama (like Nobody Knows), but a grand and epic genre film. Even though in this case the genre – the samurai genre – is turned upside down in this entertaining and impressive production: the film is not about revenge and violence, but about peace and reconciliation.

“HANA is set in a poor district of Edo (today’s Tokyo) about three centuries ago. It is really a slum where the people roam the muddy streets in faded old clothes. Certainly not the grandeur of most samurai films. One of the protagonists is the young man Soza (played by the pop star Okada Junichi), who has been ordered by his clan to avenge the death of his father. This is how the spiral of violence could start that gives the genre its bloody reputation, but Kore-Eda obviously wants to break with that. Soza is far from murderous and prefers teaching the local kids to read and write. The man who murdered Soza’s father is a former samurai (played by cult actor Asano Tadanobu). But this murderer (or better ‘killer’, because a samurai kills in an open, equal and honourable fight) has laid down his sword and is living peacefully with a widow and her child. Even though powers from outside endanger all this peacefulness, Kore-Eda sticks by his resolution to make a different kind of samurai film.” – IFFR