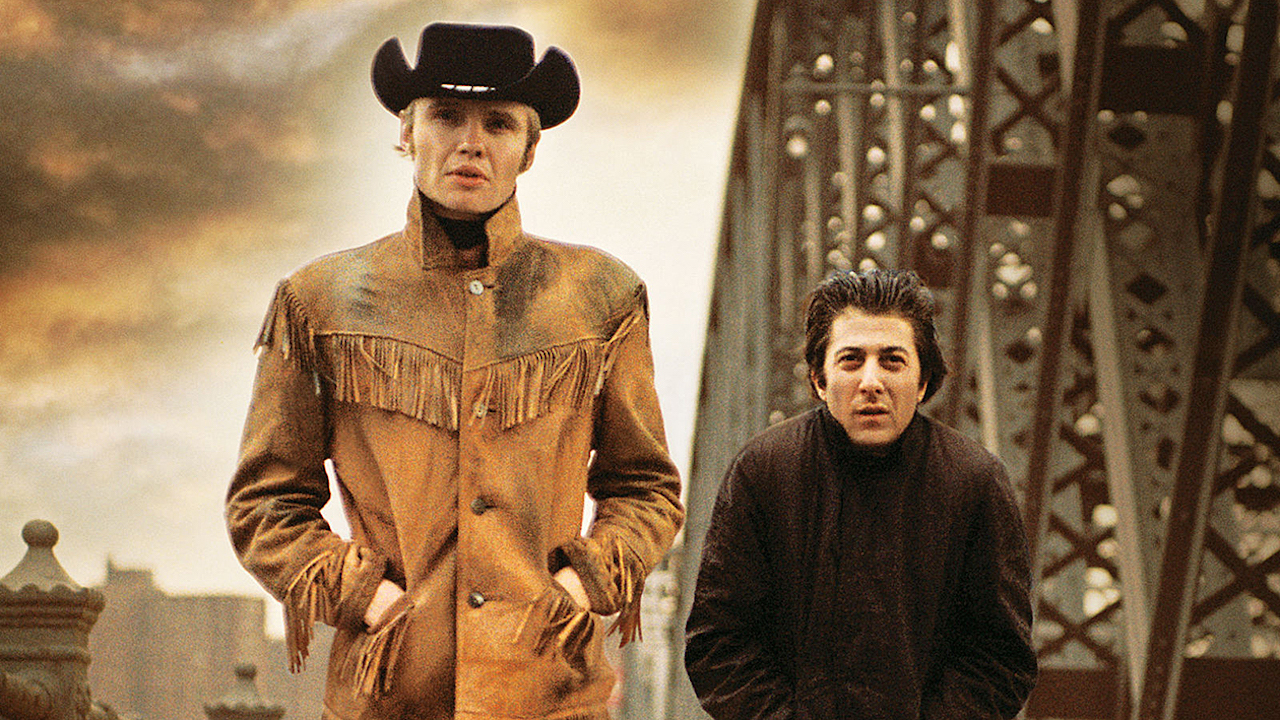 “‘I’m no cowboy but I’m a real stud,’ Joe keeps telling us. Joe Buck (Jon Voight) is tall, tanned and beautiful but he’s a man with no one, passing through the script of a wretched life. Leaving behind more than one person’s quota of dreadful luck in small-town Texas – abandoned by a mother, raised by a grandmother and her creepy partner – memories float through his mind, with flashbacks of a horrific rape of himself and his girlfriend at the hands of a local gang. Joe’s promiscuity, a calling card for sexual abuse, is also his escape. He plans to milk those rich ladies of New York, and turn the tables on his sexual exploitation.

However, a few months in the city leave him sharp-cheekboned and pale. You wonder how many people it will take to screw him over before he realises that the only way to survive the urban jungle is to become a monstrous version of himself. Despite the bravado, Joe remains a man-boy, kind to the core and incapable of hurting others. As he admits at the end: “I’m not much of a hustler.” Bad luck follows him like a cloud. You want to shake him by those broad shoulders.

His unconventional relationship with Ratso (Enrico Salvatore Rizzo, played by Dustin Hoffman) is the closest thing to love that Joe has had in his life – it is no irony that this partnership is never sexual. Offering Joe food and shelter and cleaning his clothes (even if it is to earn money as his pimp), Ratso is the only one who places Joe’s needs above his own sexual gratification.” — The Guardian