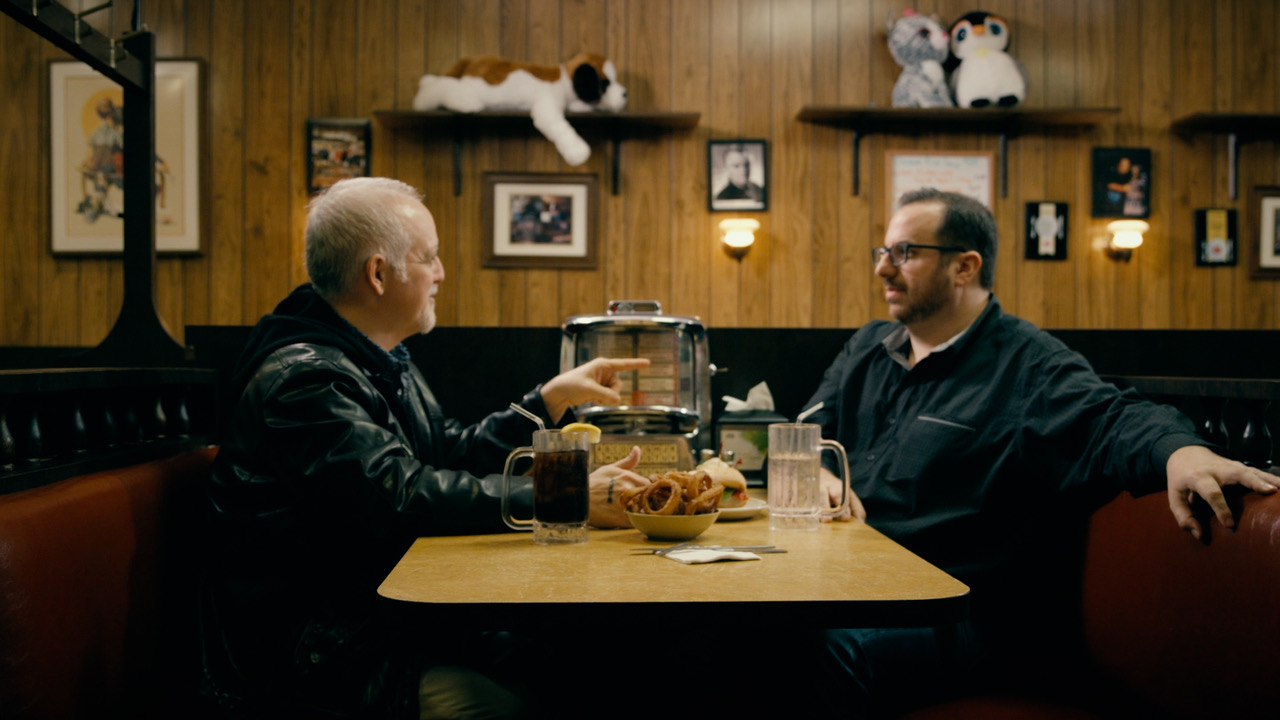 My Dinner with Alan

On the eve of the publication of their book The Sopranos Sessions, TV critics Alan Sepinwall and Matt Zoller Seitz meet at Holsten’s in Bloomfield, New Jersey, the location of the controversial last scene of The Sopranos. Their wide-ranging conversation covers television, movies, psychiatry, gangsterism, their 20-year friendship, and their experience covering the series for The Star-Ledger of Newark, the newspaper that Tony Soprano picked up at the end of his driveway. The screening will be followed by a discussion between The Sopranos Sessions co-authors Alan Sepinwall and Matt Zoller Seitz and My Dinner with Alan director Kristian Fraga.

A book signing for Seitz and Sepinwall’s book, The Sopranos Sessions (Abrams Press), will follow the screening.