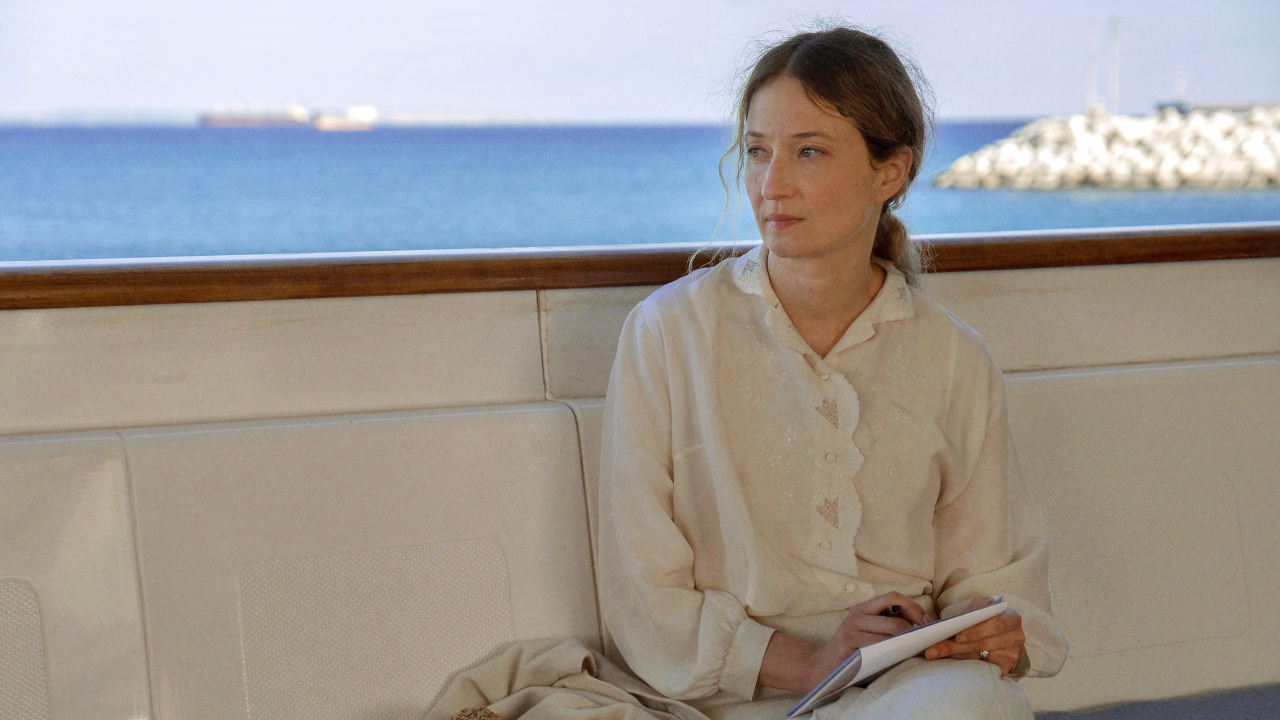 A poetic blending of the personal and political, Skies of Lebanon combines live action with animation to create a vivid picture of Lebanon, inspired by the family history of filmmaker Chloé Mazlo. Using stories told to her by her grandmother of life during the Lebanese Civil War, Mazlo crafts a touching and heart-breaking story of love during wartime.

Alba Rohrwacher (Happy as Lazzaro) plays Alice, a Swiss woman who moved to Beirut in the 1950s and falls in love with a Lebanese man. Wajdi Mouawad (author of the play Incendies, which was the source material for Denis Villeneuve’s 2010 film) plays Joseph, an astrophysicist with dreams of sending his fellow citizens into space, and the object of Alice’s affection. Joseph and Alice appear to lead the perfect life until their bliss is ripped apart by the civil war and nothing will be the same again.

An official selection for the 2020 Cannes International Critics’ Week, Skies of Lebanon stunningly gives shape to the emotional undercurrents felt by the characters through the use of animation. This rewarding and quietly devastating cinematic experience announces Mazlo’s arrival as an important new talent.