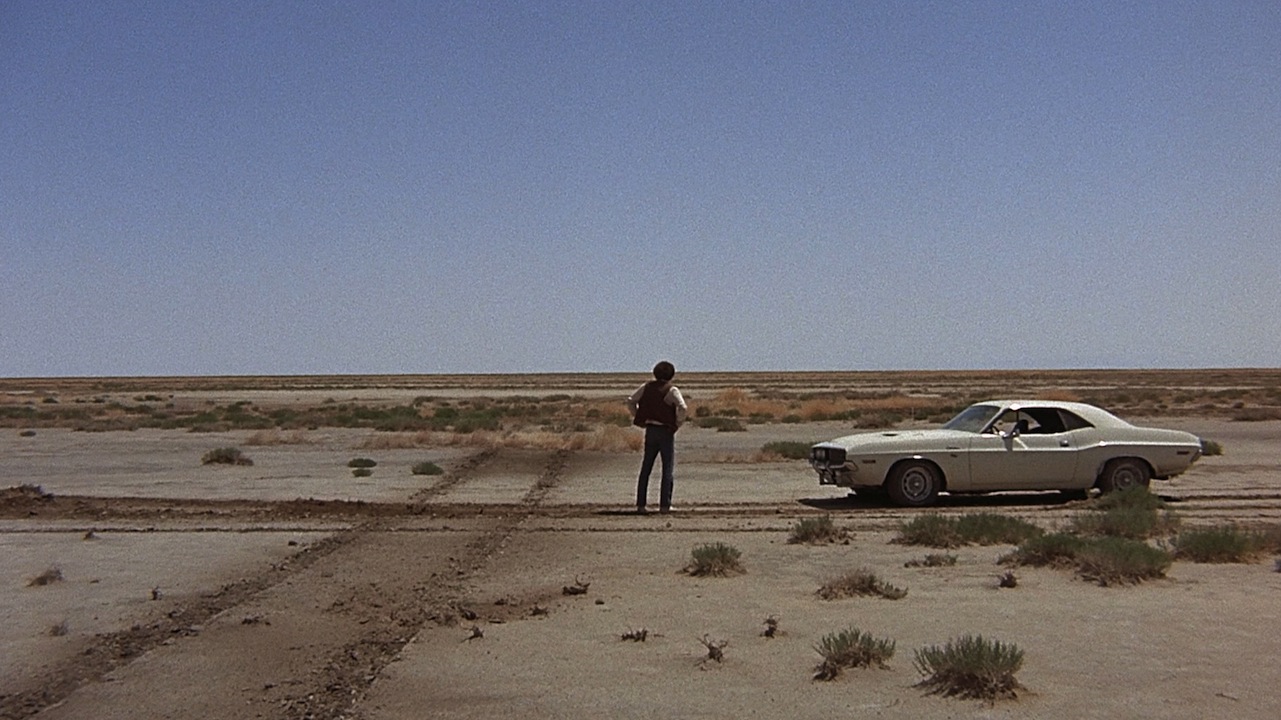 “Crashing through American culture, the cinematic super-charged, white-lightning VANISHING POINT presses ever onward — solidifying its legacy as one of the greatest car chase movies to ever be capture on celluloid. While hell-on-wheels anti-hero barrels through police blockades, the film takes a more subtle approach when spinning its social commentary on early-’70s America. Fast cars, cliché cops, and naked chicks veil VANISHING POINT’s attack on American censorship, conformity, and racism — cruising toward the moment when American liberties disappear into the horizon.

“Kowalski (Barry Newman) is a pill-popping speed-freak who runs cars from Colorado to California for a delivery service. A former derby car racer, Vietnam vet, and police officer, Kowalski rejects the oppression of the coppers who try to stop him as he speeds toward his destination for no other reason than he’s a lone man on the open road of freedom and he has to make good time. From scene one, the white Dodge Charger moves at breakneck pace while of the film’s character information is told in flashbacks. The car chase action is furious, unrelenting, and is often peppered by a blind, black radio DJ named Super Soul, who updates us on Kowalski’s actions and frames [him] as the last American hero.” – filmcritic.com