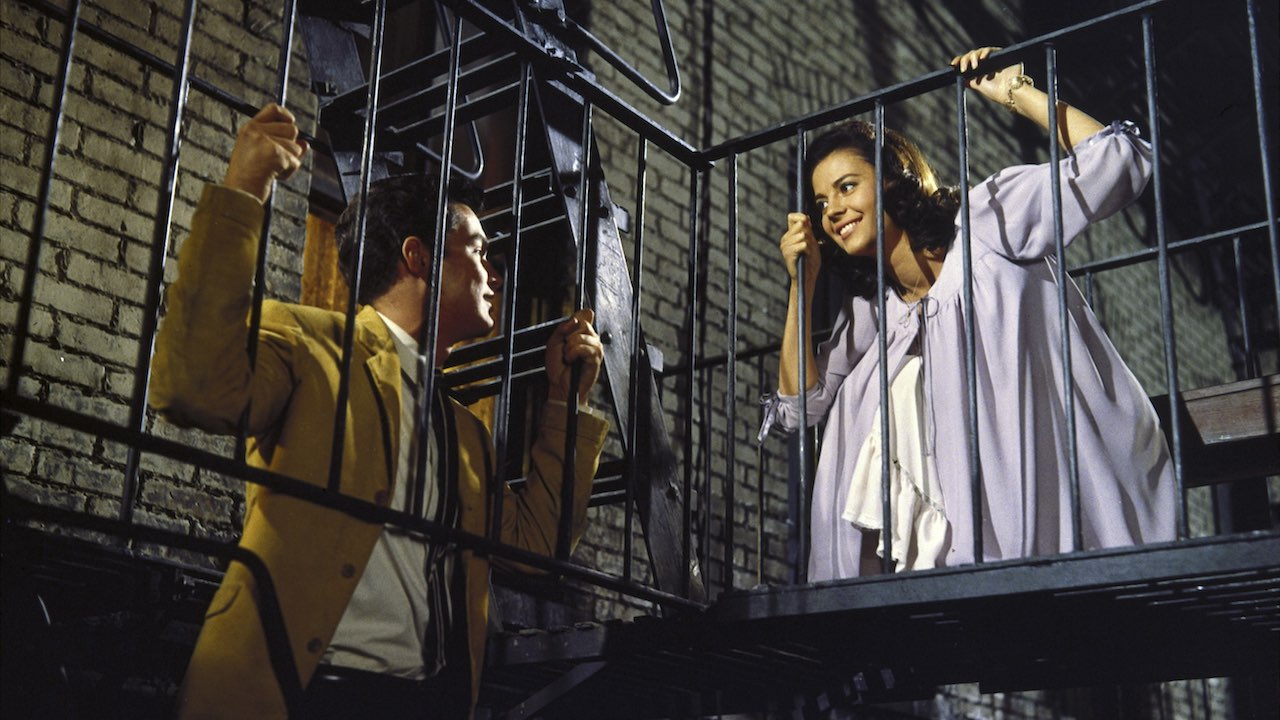 Staff pick! Chosen by Elizabeth: “I appreciate something new about WEST SIDE STORY every time I see it. The richness of the color, lighting, choreography, and story-telling never fails to sweep me off my feet and I always end up crying at the end. And as the daughter of a Puerto Rican father and white mother, I take comfort in the knowledge that ‘There’s a place for us.’“

The Jets, a white gang on New York’s explosive West Side, is getting ready to fight the rival Puerto Rican gang, the Sharks. Riff, the leader of the Jets, tries to enlist the help of the co-founder of the gang, Tony – but Tony has quit to work an honest job, and he goes along only to keep the peace. At the neighborhood dance where the gangs meet to arrange the rumble, Tony meets and falls in love with Maria, later learning that she is the sister of Bernardo, leader of the Sharks. At the rumble, Tony tries to limit the weapons to fists, but the fighting gets out of control and the warring clans’ feud takes a tragic turn.