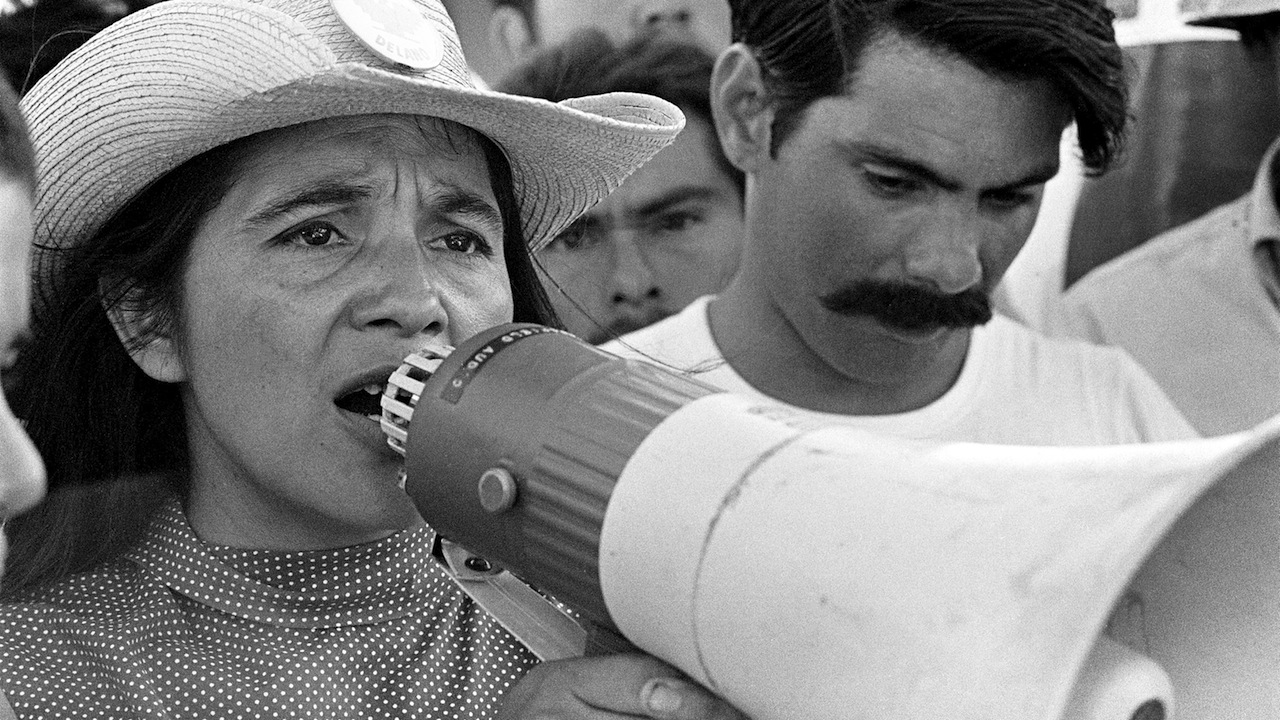 Dolores Huerta is one of the most important, yet least known, activists in American history. A co-founder of the first farm workers unions with Cesar Chavez, she tirelessly led the fight for racial and labor justice. With intimate, unprecedented access to this defiant feminist and intensely private mother of eleven, now 87, Peter Bratt’s portrait reveals the stakes of committing one’s life to social change.

"Exuberantly inspiring...makes you want to march and dance."