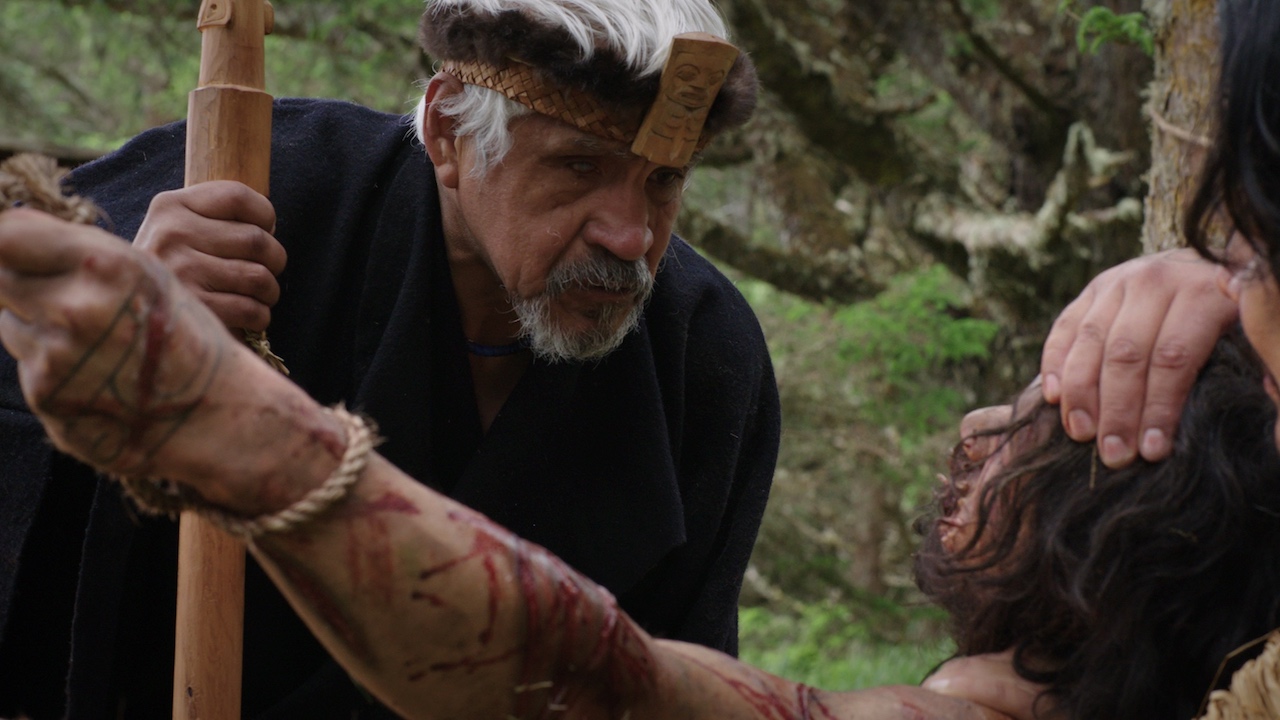 Edge of the Knife

Set in the 19th century on the island of Haida Gwaii on British Columbia’s north coast, EDGE OF THE KNIFE is the legendary Indigenous tale of Adiits’ii, who retreats alone into the forest after a tragic accident at sea. Wracked with grief and hounded by spirits, he slowly transforms himself into the Wildman, or Gaagiixiit. Will he ever be forgiven, and can he ever re-enter his community?

A daring, groundbreaking film made entirely in two dialects of a nearly extinct Haida language, EDGE OF THE KNIFE is an arresting drama from the producers of The Fast Runner and Searchers.

“Tyler York delivers a performance that goes from restless and raw to tragic and ferocious… [This is] a film stacked with stunning imagery, where the natural and mythical get tangled. EDGE OF THE KNIFE begins by mourning for a lost future. But in telling this story it finds hope yet.” – Radheyan Simonpillai, NOW Magazine