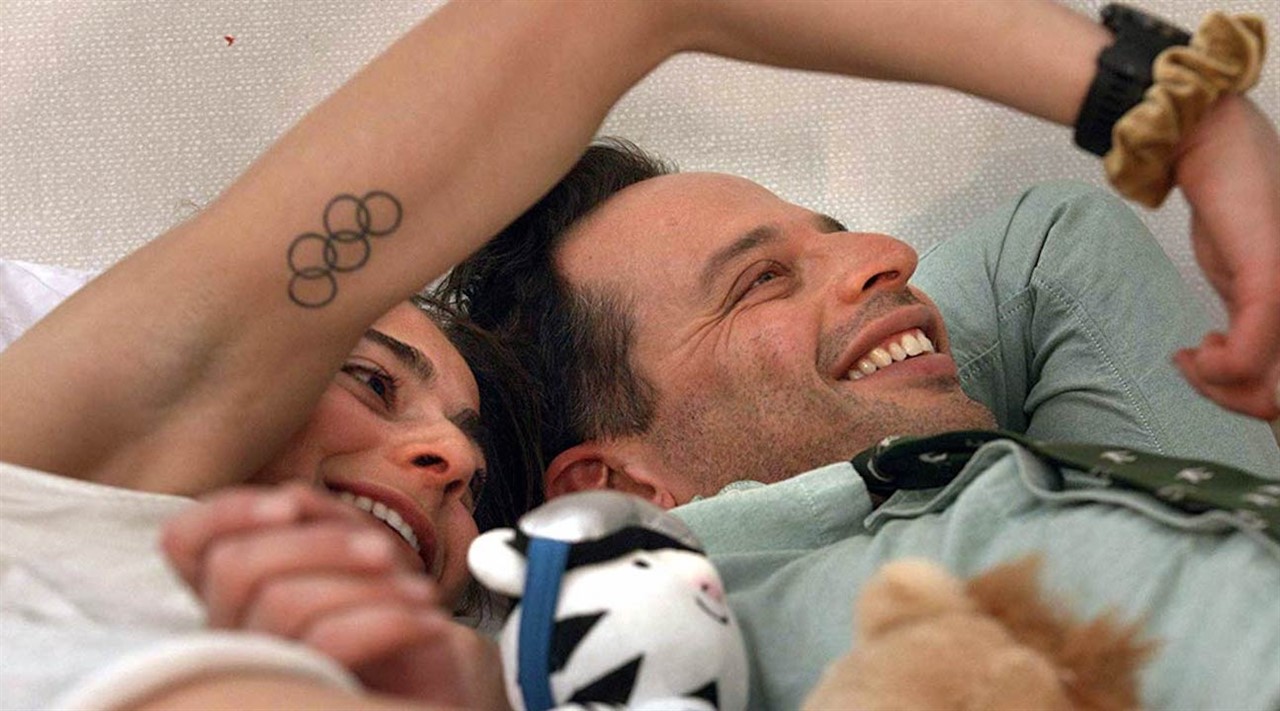 Set against the splendor of the Winter Olympic Games, an intimate and unexpected love story develops between two lonely hearts, each at their own crossroads in life. Penelope (Alexi Pappas) is a first time Olympian and introverted cross-country skier, who, after finishing her event early on in the games, finds herself spending time in Athletes Village with the gregarious and outgoing volunteer dentist, Ezra (Nick Kroll).
While both are eager to form connections at the Olympic Games, they are held back by the very thing that has propelled them to this point; what do you do once your lifelong dream has come true, and you’re faced with taking the next step? As Penelope and Ezra navigate the vulnerable slopes, they push one another to embrace qualities they lost sight of in pursuit of their dreams. Will they be able to help each other take of leap of faith into the unknown?
The first movie ever filmed on location during the Olympics in Athletes Village, OLYMPIC DREAMS offers audiences a never-before-seen side of the Games and the people whose entire lives are shaped by them.
Official selection: SXSW
“Hits the sweet spot between the inevitable and the unexpected. Pappas and Kroll hit all the right notes in a pitch-perfect duet.” – Variety