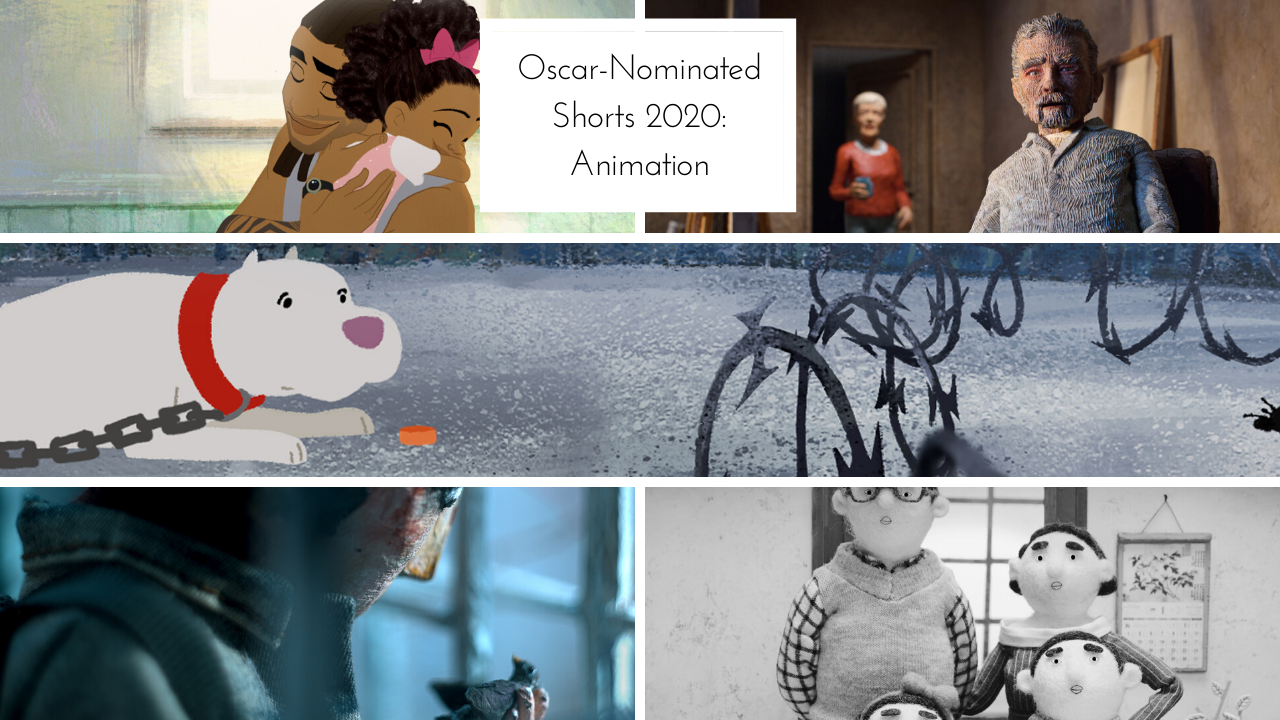 Presenting the 2020 films nominated for Best Animated Short at the 92nd Academy Awards. See all nominated films in Live-Action, Animation, and Documentary in 2020 Academy Award-Nominated Short Films. The program will screen through February; additional showtimes to be announced.

HAIR LOVE is a heartfelt animated short film that centers around the relationship between an african-american father, his daughter zuri, and the most daunting task a father could ever come across – doing his daughter’s hair for the first time.

In a hospital room, the Daughter recalls a childhood moment when as a little girl she tried to share her experience with an injured bird with her Father. a moment of misunderstanding and a lost embrace has stretched into many years all the way to this hospital room, until the moment when a window pane breaks under the impact of a little bird.

A man thinks back to his childhood memories of growing up with an annoying little sister in china in the 1990s. What would his life have been like if things had gone differently?

Recently, Louis, a painter, is experiencing strange events. his world seems to be mutating. Slowly, furniture, objects and people lose their realism. They are destructuring, sometimes disintegrating…

KITBULL reveals an unlikely connection that sparks between two creatures: a fiercely independent stray kitten and a pit bull. Together, they experience friendship for the first time.

PLUS A SELECTION OF ADDITIONAL ANIMATED SHORTS:

The Bird and the Whale – Ireland, 6 min.

While there is no objectionable content for children, many of the films in this year’s Animated program tackle mature themes, including the death of a parent, Alzheimer’s, and China’s one child policy. The program is not recommended for children under 12.