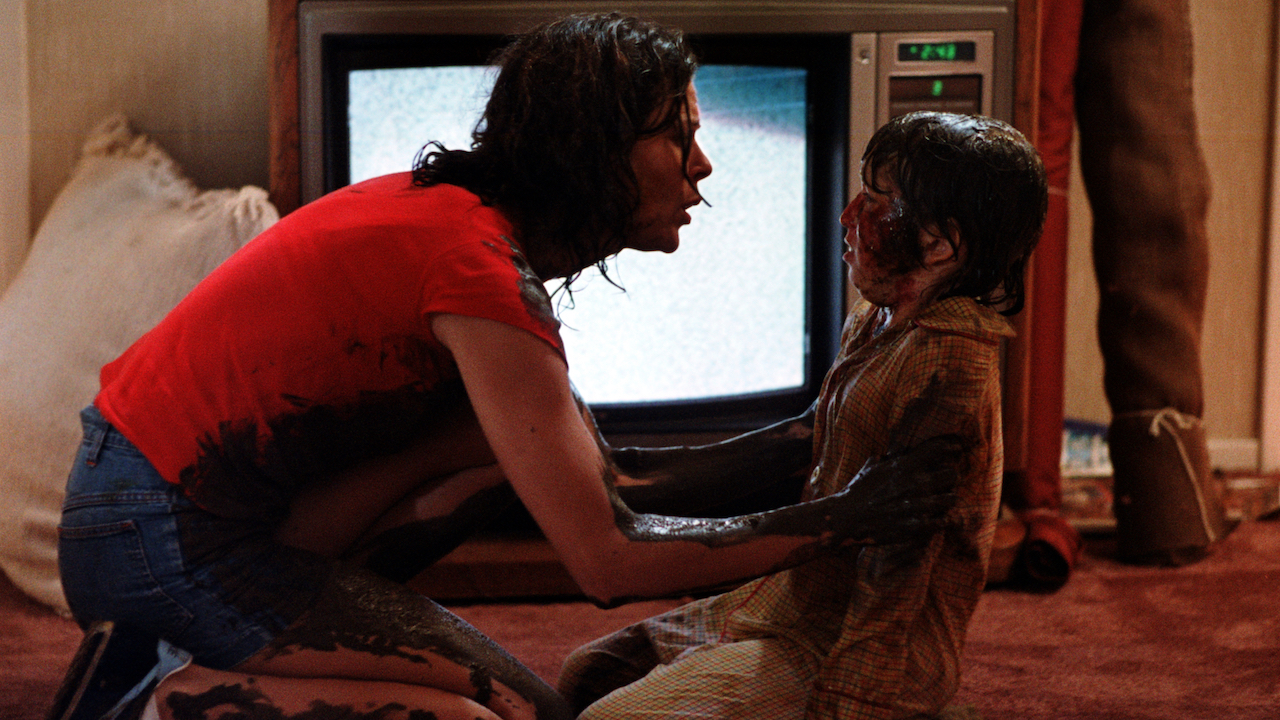 “Special effects in the movies have grown so skilled, sensational, and scary that they sometimes upstage the human actors. And they often cost a lot more. In “Poltergeist,” for example, the cast is made up of relatively unknown performers, but that’s all right because the real stars are producer Steven Spielberg (Raiders of the Lost Ark), director Tobe Hooper (The Texas Chainsaw Massacre), and their reputations for special effects and realistic violence. Their names on this horror film suggest that its technology will be impeccable. And they don’t disappoint us.

“…Hooper and Spielberg hold our interest by observing the everyday rituals of this family so closely that, since the family seems real, the weird events take on a certain credibility by association. That’s during the first hour of the movie. Then all hell breaks loose, and the movie begins to operate on the same plane as Alien or Altered States, as a shocking special-effects sound-and-light show. A closet seems to exist in another dimension. The swimming pool is filled with grasping, despairing forms of the undead. The search for the missing little girl involves a professional psionics expert, and a lady dwarf who specializes in “cleaning” haunted homes. Nobody ever does decide whether a poltergeist really is involved in the events in the house, or who the poltergeist may be, but if that doesn’t prevent them from naming the movie “Poltergeist” I guess it shouldn’t keep us from enjoying it.” – Roger Ebert (1982)