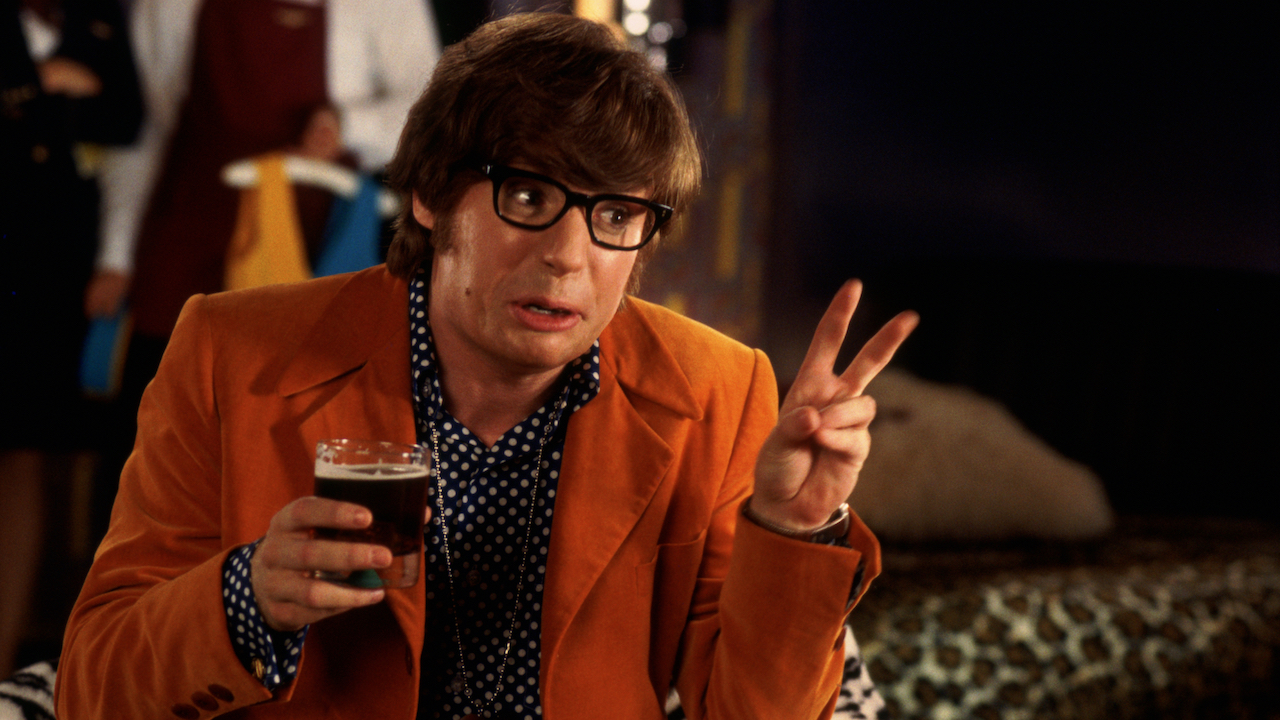 *Please note the late-night screenings on Fri Nov 8 & Sat Nov 9 begin at 12:25am, not 11:59pm!*
“Austin Powers, a Beau Brummell in a crushed velvet suit, lace shirt and Cuban-heeled boots, is the grooviest, happeningest cat on Carnaby Street. He’s a high-fashion photographer by day, a British secret agent by night. Squired around London in a Union Jack-painted E-type Jaguar by his Emma Peel-ish sidekick, Mrs. Kensington, he does battle with arch nemesis Dr. Evil.

“Or at least he does until Dr. Evil undergoes cryogenic preservation and launches himself into space. Austin volunteers to be frozen, too, with instructions that he be thawed out should Evil ever walk the Earth again. Thus begins AUSTIN POWERS: INTERNATIONAL MAN OF MYSTERY, the hilarious new film from the pen of Mike Myers, who goes from spoofing public access cable TV metalheads in “Wayne’s World” to satirizing secret agent flicks and silly British people.

“We may not need as many Austin Powers movies as there are James Bond pictures, but one or two more might be nice.“ – Washington Post (1997)