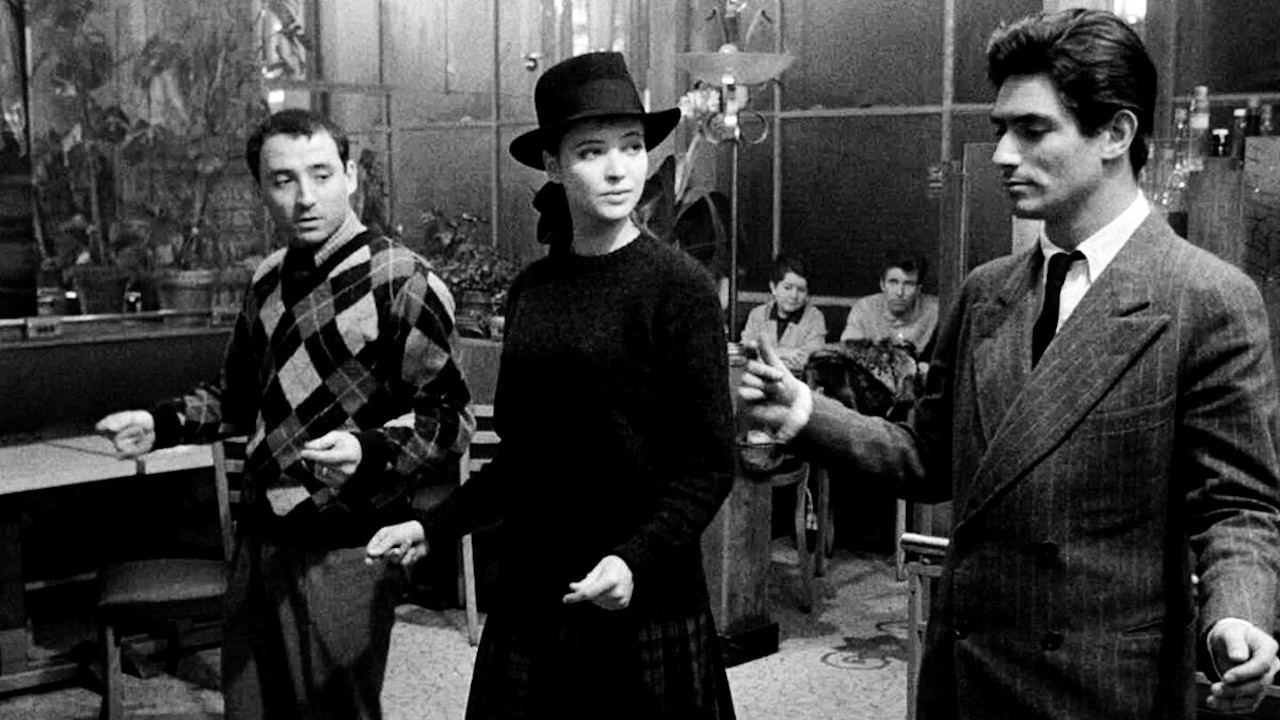 Franz (Sami Frey) and Arthur (Claude Brasseur) don’t have money, jobs, or prospects, but they do have a black convertible and a shared romantic interest in Odile (Anna Karina). When Odile lets slip that a stash of cash is ineptly hidden in the isolated villa where she lives, the men hatch a plan to take it for themselves.

“A lustrous restoration! Masterpiece! [Godard’s] most charming and, arguably, influential film: a free-associative meditation on the gangster genre that revealed a new way of framing our dreams and our reality. There would be no Bonnie and Clyde without it.” – David Edelstein, New York Magazine