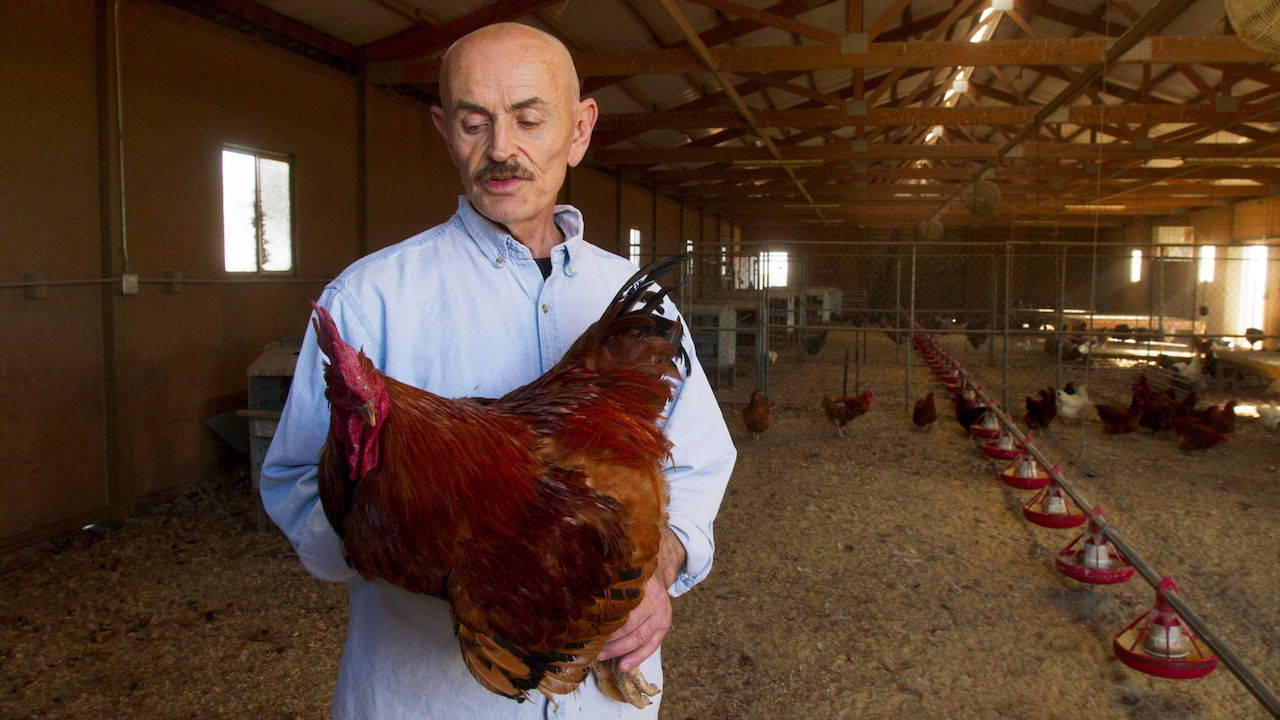 Adapted from Jonathan Safran Foer’s critically acclaimed book and produced and narrated by Natalie Portman, Eating Animals examines the state of American food. As we’ve moved away from traditional farming communities, we’ve seen the rise of massive industrial complexes that produce a seemingly endless supply of “cheap” meats, eggs, and dairy – but what’s the true cost of such widespread change?

“An effective piece of agitprop suffused with sadness over the decline of a rich part of the American heritage.”