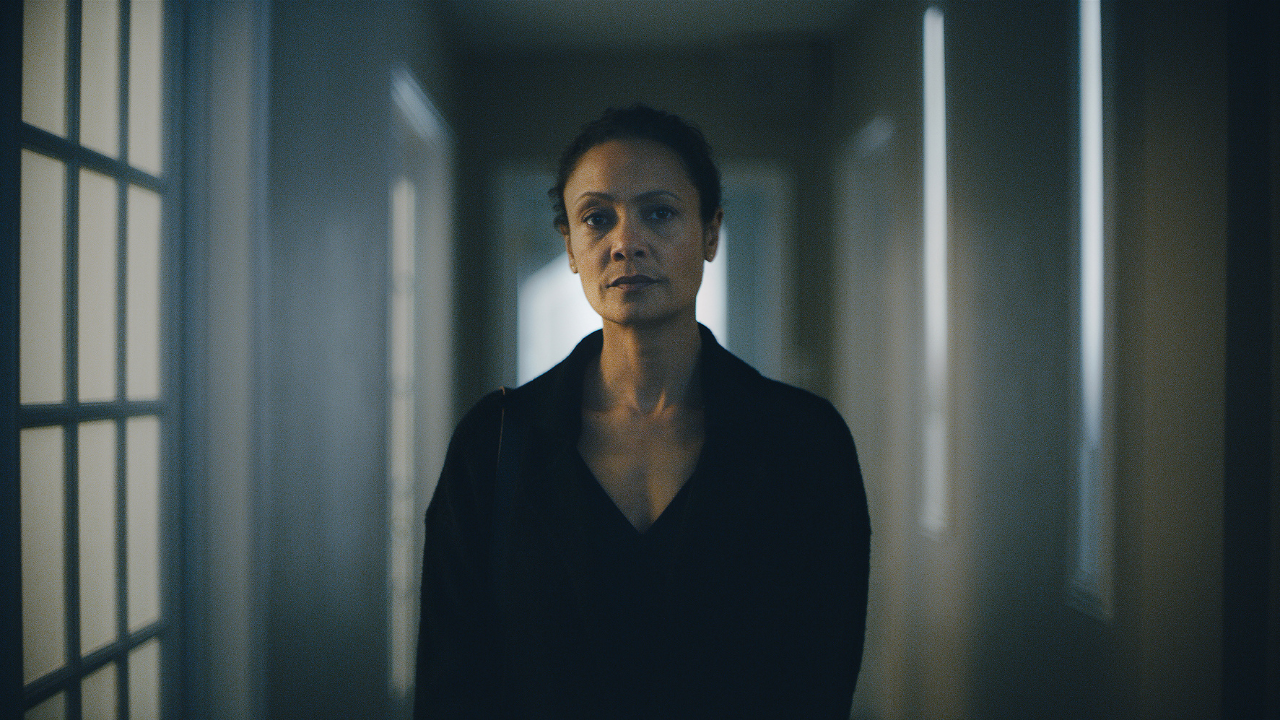 Based on a short story by acclaimed author James Lee Burke, God’s Country is a character-driven thriller set in the snowy wilderness of the American West. Thandiwe Newton plays Sandra Guidry, a Black professor living and working in a rural college town. She’s also grieving her recently-deceased mother, for whom she’d served as primary caretaker. On the day of the burial, Sandra discovers a mysterious red truck parked in her driveway. She soon learns it belongs to a pair of local hunters seeking to enter the forest behind her house. Sandra turns them away politely but firmly –her experience tells her these are not the sort of men to welcome freely into her world. But they won’t take no for an answer, and soon Sandra finds herself drawn into an escalating battle of wills that puts her most deeply-held values to the test.