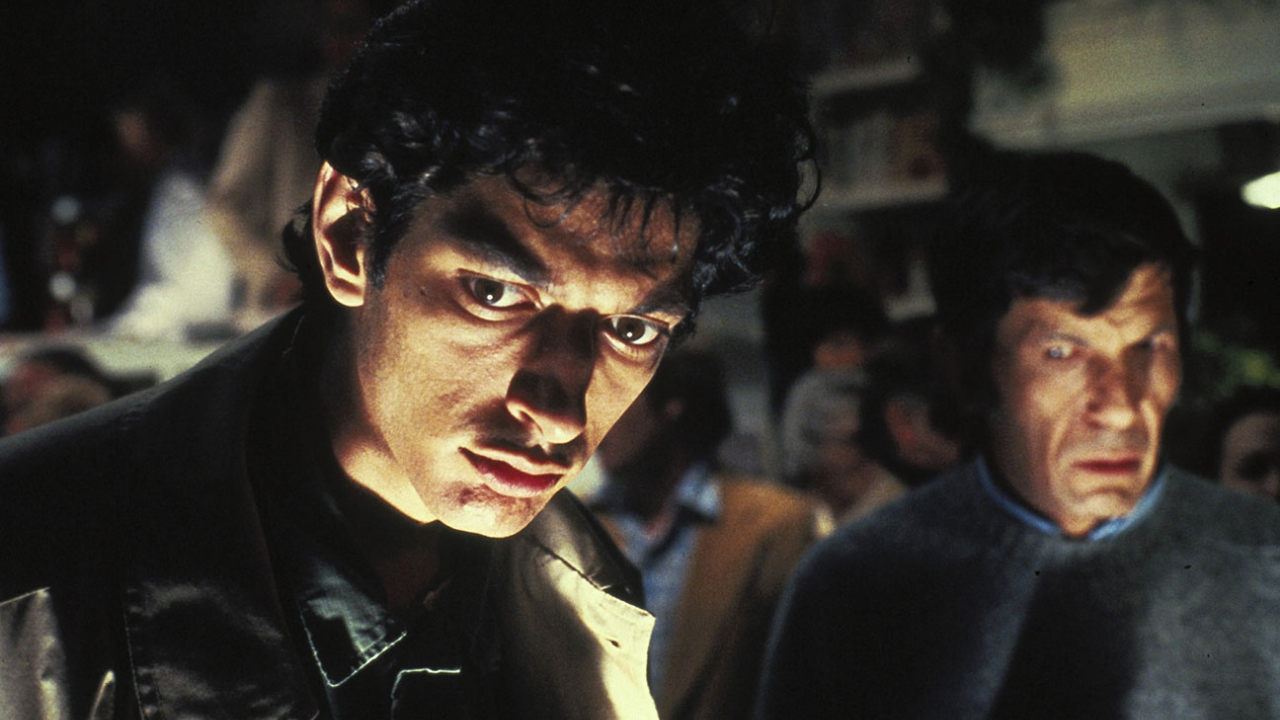 Invasion of the Body Snatchers

“Possibly the best entry in a series of horror remakes spanning six decades, Philip Kaufman’s 1978 version of INVASION OF THE BODY SNATCHERS is also a deft satire and, most surprisingly, a moving love story about a couple falling for each other as the world falls apart.

Brooke Adams plays Elizabeth Driscoll, a laboratory scientist at the San Francisco Health Department who brings home a strange flower one night and finds her husband acting oddly the next morning. Donald Sutherland plays a city health inspector who counsels and protects her throughout the terror that ensues and then becomes gripped by paranoia himself. As friends, colleagues, and strangers enact bizarre rituals and zombie-like demeanors, the duo and a core group of friends (including Leonard Nimoy as a self-help book author, Veronica Cartwright as the manager of a mudbath, and Jeff Goldblum as her concerned boyfriend. The photography, special effects, music and sound design (by Ben Burrtt, whose own unborn child’s heartbeat supplied him with the Pod Person pulse) represent one of the aesthetic peaks of pre-digital horror filmmaking.

Kaufman, who adapted the screenplay from Jack Finney’s source novel and the original 1956 film, is a longtime Bay City native, so it’s no surprise that the result has the feeling of a satirical hit-job by somebody who knows exactly what the targets are. The movie is also an entry in the Cinema of Disillusionment of the 1970s, represented by films like Chinatown, The Parallax View, Shampoo, Cutter and Bone, and Being There, in which decency is portrayed as an impediment to business as usual. It’s difficult to watch this film, with its sensitive men and empathic women, New Age platitudes and anger at corruption, and not think about the political revolution that would happen in America just two years later, as well as imagining what the Bay Area, formerly an epicenter of the counterculture, would become: a center for developing and marketing surveillance technology.” –Matt Zoller Seitz