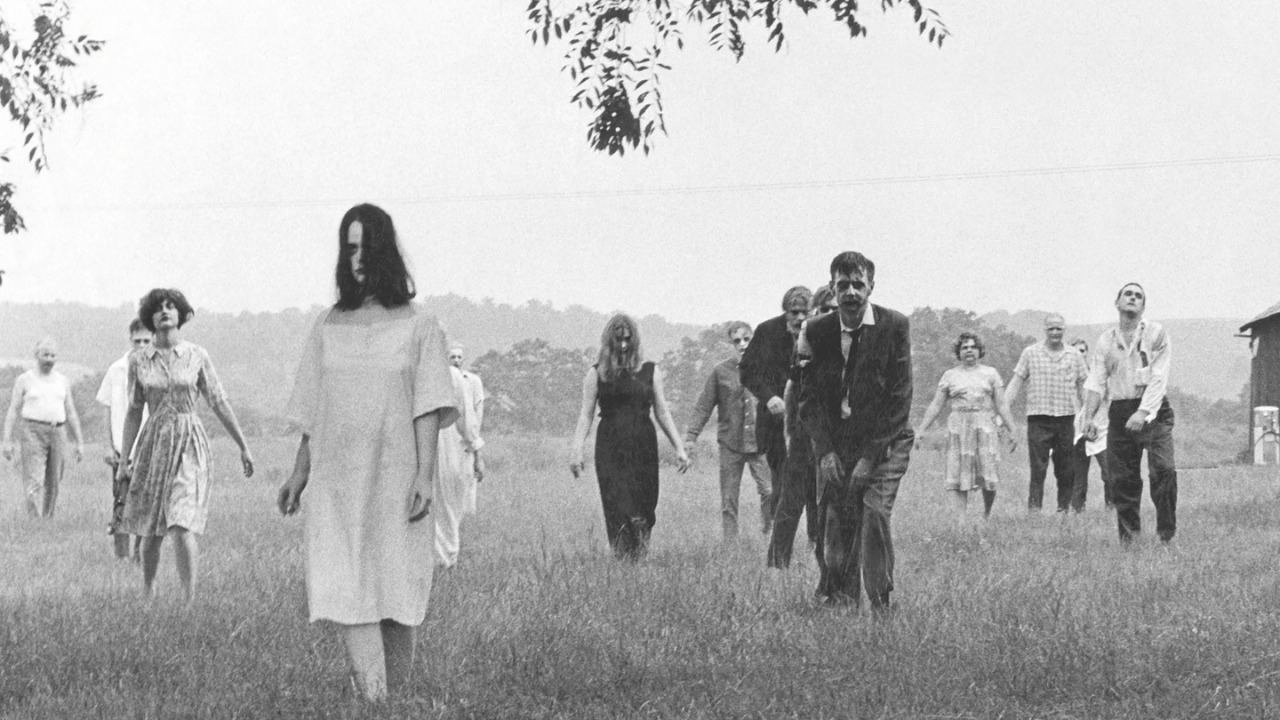 Night of the Living Dead

“With its radical rewriting of a genre in which good had always triumphed over evil, Romero’s first feature shattered the conventions of horror and paved the way for the subversive visions of directors like David Cronenberg, Tobe Hooper and Sam Raimi. The film’s opening scene immediately signals its own subversiveness. In broad daylight, a brother and sister visit their father’s grave; seeing a tall man lumbering towards them, Johnny tries to frighten Barbara with a daft Boris Karloff impersonation; suddenly the figure lurches forward and kills him. With the presumed hero dead within the first few minutes, the inexorable logic of the modern ‘nightmare movie’ is set in motion, and from this moment on the terror never lets up. Together with a small group of fellow survivors, Barbara holes up in a nearby farmhouse, besieged by an ever-swelling tide of flesh-eating zombies. Trapped inside the house, they fight for their lives, but nothing works out as it should; whenever it seems there might be a glimmer of hope, Romero cruelly reverses our expectations. The nihilistic ending, in particular, has to be seen to be believed. Chuckle, if you can, during the first few minutes; because after that laughter catches in the throat as the clammy hand of terror tightens its grip.” – Time Out (London)