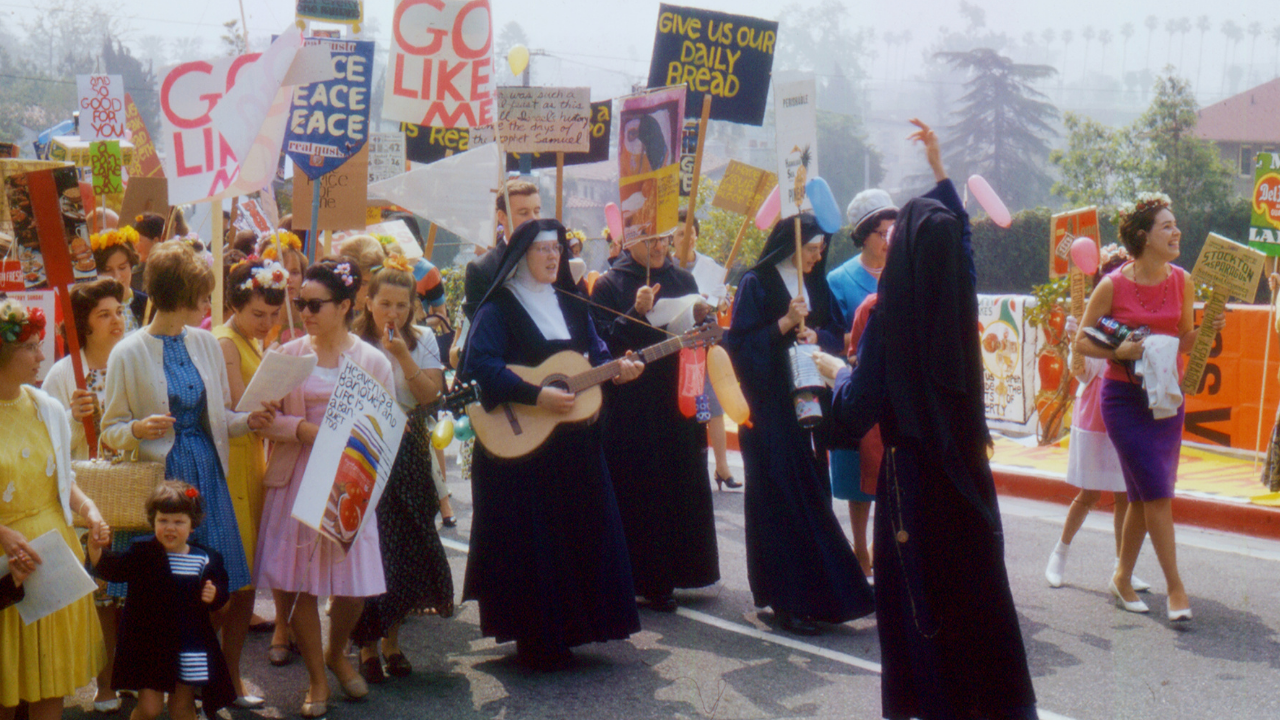 In 1960s Los Angeles a trailblazing group of nuns, The Sisters of the Immaculate Heart of Mary, bravely stood up to the patriarchy of the Catholic Church, fighting for equality, their livelihoods, and their own freedom against an all-powerful Cardinal who sought to keep them in their place. Their bold acts of faith, defiance and activism turned the Church upside down, helping to reshape our society in ways that continue to resonate today. From marching in Selma in 1965 to the Women’s March in 2018, they challenged the notion of what a nun and a woman were supposed to be.

These unlikely resistance fighters, including Anita Caspary, Helen Kelley, Pat Reif and iconic pop artist Corita Kent, were devoted to a life of service, not only to others but to themselves – forming a community that empowered each sister to live up to their fullest potential. Their desire to bring the church into modern life was met with forceful opposition at every turn. As each of them discovered their own talents and voices, they fully stepped into their roles as leaders in a movement that is still making waves.