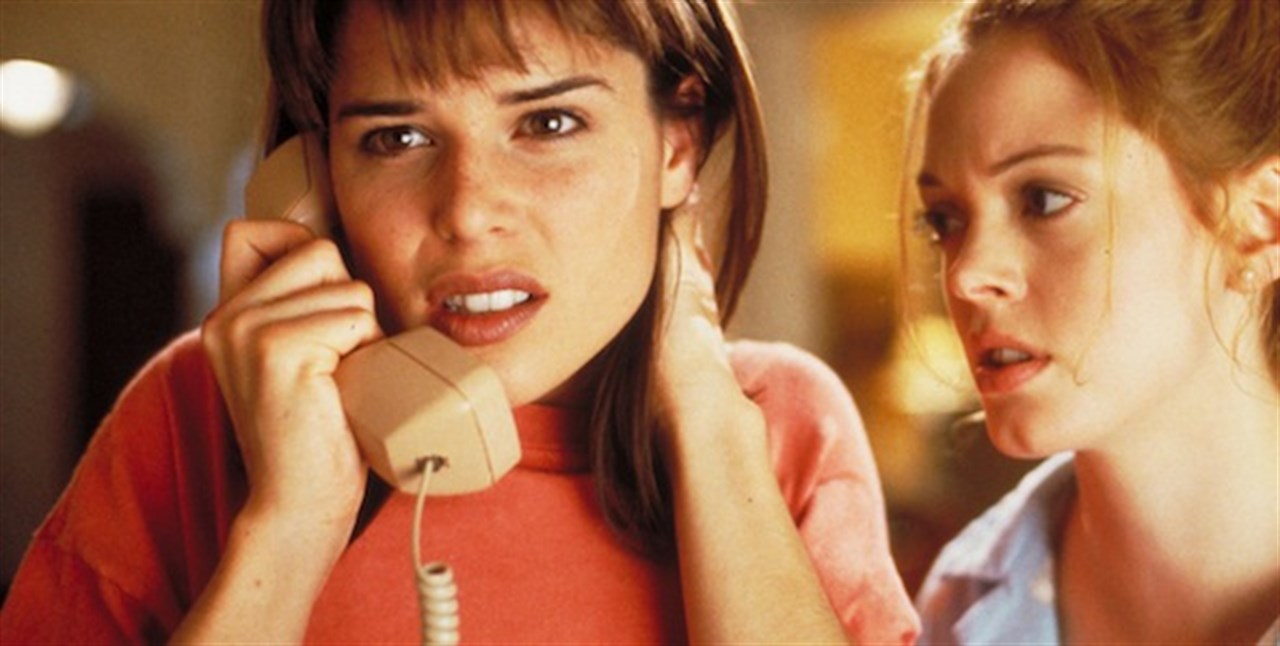 Staff Pick! Chosen by Samaja who says: “I grew up watching SCREAM. Besides Nightmare on Elm Street, SCREAM is the film that had me hooked on horror movies, it never gets old. SCREAM will always be a classic. Plus, I know all the words.”

“Wes Craven draws on a shared pop cultural heritage in horror flicks to fashion this bloody brand of post-modern comedy. ‘So you like scary movies? Name the killer in Friday the 13th?’ demands the anonymous caller of Barrymore’s lone teen in the prologue. ‘Hang up again and I’ll gut you like a fish!’ The killer describes his apparently irrational vendetta against the high school population of Woodsboro as a game, and in this he’s surely speaking for screenwriter Kevin Williamson and director Craven, who kill off the clichés and all the wrong characters with panache. At times, it’s too clever, but it’s sure scary, with the jokes notching up the general level of hysteria. As a bonus, Craven throws in half a dozen of Hollywood’s brightest hopefuls: Neve Campbell in the central role of the teenager haunted by the murder of her mother; David Arquette as a naive local deputy; Courtney Cox as a TV star; Rose McGowan as the doomed best friend; and Skeet Ulrich as the evocatively named Billy Loomis. Intelligence, wit and sophistication – at last, a horror movie to shout about!” – Time Out (London)