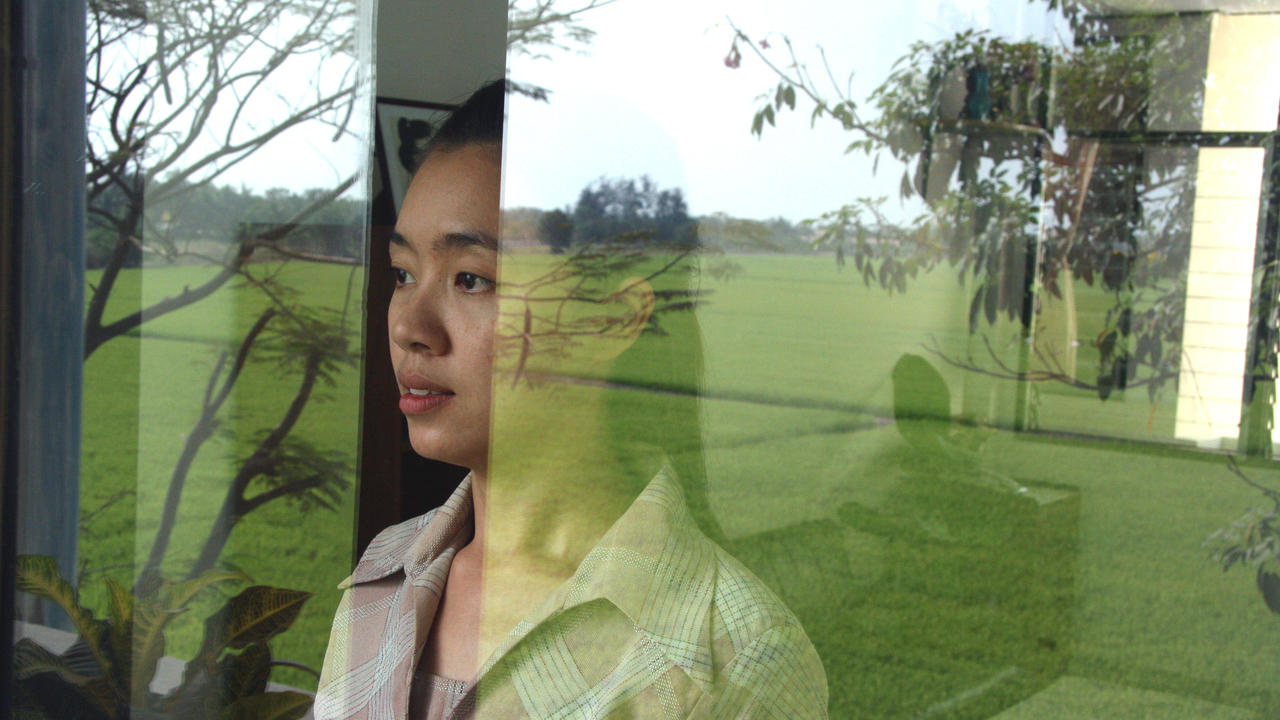 Syndromes and a Century

“None of the films of Thailand’s finest filmmaker—filled to the brim with quiet exchanges and lush green backdrops—are ever going to break him “wide.” Wishing for that will only hurt. But if there’s a just deity in cinema’s cosmos, this Chicago-schooled director, celebrated for 2004’s Tropical Malady, will at least be seen by a few more people.

Really, he won’t bite. Syndromes and a Century, Weerasethakul’s latest, is actually kind of funny. He’s made that most uncool of things: a film about his parents, who evidently met at a rustic medical clinic outside Bangkok (both are doctors). But in a welcome spirit of playfulness, his movie is far from sentimental, the preromantic acquaintance unfurling in a botched interview between an attending doctor (Sawaddikul) and her nervous new charge (Iamaram), a transplant from the military. He fumbles for answers; she barely lets on how cute she finds him. Elsewhere on the grounds, a young dentist (Cherkam) yearns to be a pop singer, and the whole compound seems to vibrate with the promise of blooming.

It’s here—about halfway through, as is the filmmaker’s wont—that things shift radically. Suddenly, we’re not among the crickets, but in a sparkling white modern facility, a touch chilly. The interview plays itself out again; indeed, many of the characters reappear in tweaked circumstances. Love springs eternal?Syndromes is too complex to characterize as a simple case of country mouse versus city mouse. Its rhymes and echoes make its folds endlessly fascinating. Try it.” — Joshua Rothkopf, Time Out New York