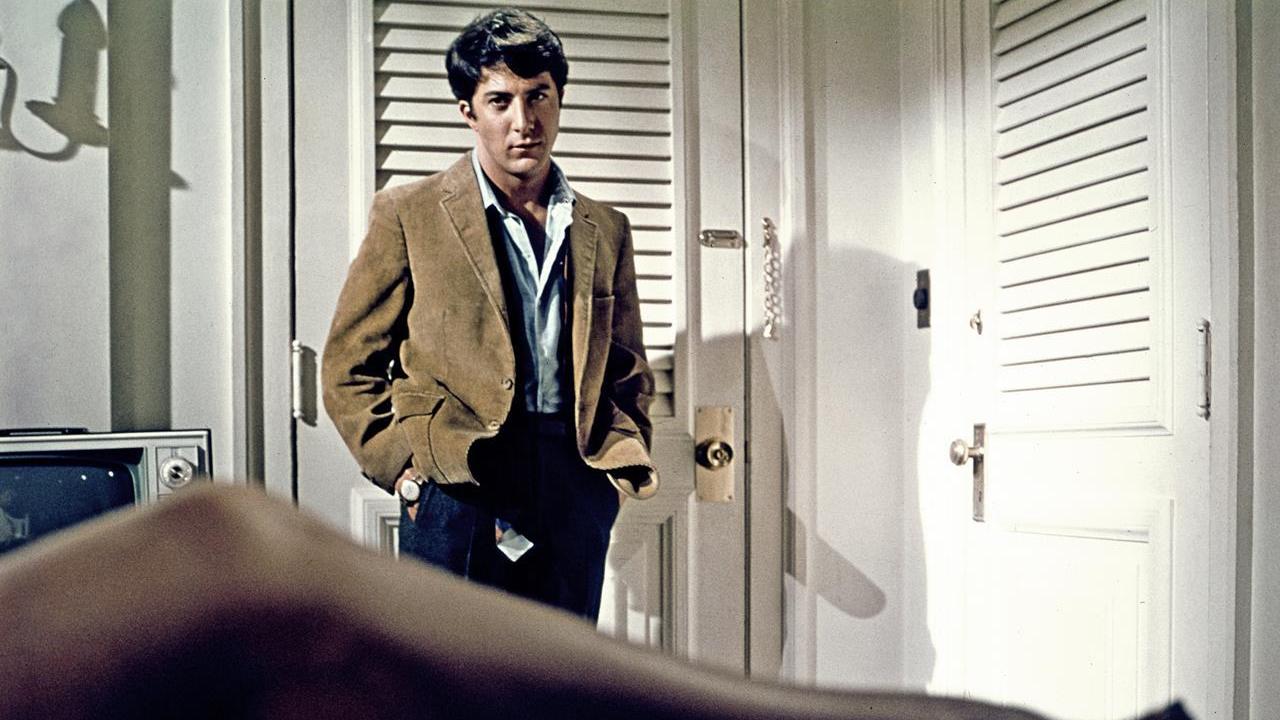 “With Mr. Hoffman’s stolid, deadpanned performance, he gets a wonderfully compassionate sense of the ironic and pathetic immaturity of a mere baccalaureate scholar turned loose in an immature society. He is a character very much reminiscent of Holden Caulfield in J. D. Salinger’s Catcher in the Rye.

And with Anne Bancroft’s sullenly contemptuous and voracious performance as the older woman who yearns for youth, Mr. Nichols has twined in the netting the casual crudeness and yet the pathos of this type.

Katharine Ross, another comparative newcomer, is beautifully fluid and true as the typical college-senior daughter whose sensitivities are helplessly exposed for brutal abrasion by her parents and by the permissive society in which she lives. Murray Hamilton is piercing as her father—a seemingly self-indulgent type who is sharply revealed as bewildered and wounded in one fine, funny scene. And William Daniels and Elizabeth Wilson fairly set your teeth on edge as the hotcha, insensitive parents of the lonely young man.

Enhancing the veracity of the picture is first-rate staging in true locations and on well-dressed sets, all looking right in excellent color. And a rich, poignant musical score that features dandy modern folk music, sung (offscreen, of course) by the team of Simon and Garfunkel, has the sound of today’s moody youngsters — ‘The Sounds of Silence,’ as one lyric says.

Funny, outrageous, and touching, The Graduate is a sophisticated film that puts Mr. Nichols and his associates on a level with any of the best satirists working abroad today.” — The New York Times