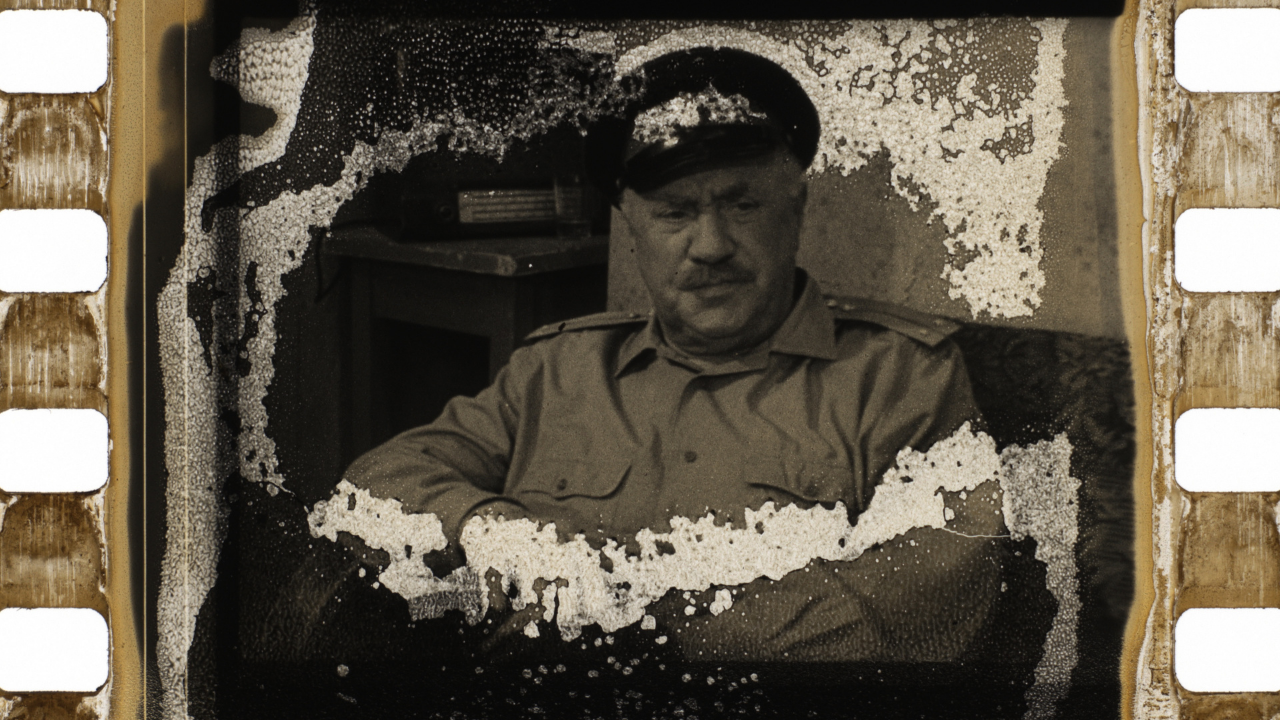 The Village Detective: A Song Cycle

In July 2016, four reels of “Derevenskiy Detektiv” (directed by Ivan Lukinsky USSR, 1969), a Soviet film starring Mikhail Zharov (1899-1981), were found in a fisherman’s net trawling the bottom of the Atlantic Ocean, 20 miles off the Icelandic coast. In this many layered documentary hybrid, the recovered footage is interwoven with interviews and clips from Zharov’s lengthy filmography to reflect the ways in which life and art can intersect, and how history can endure, and resurface transformed, on celluloid. A Kino Lorber release.

“Morrison’s movies feel like half-remembered reveries formed from memories you can no longer consciously recall. Hovering at the intersection of reappropriation, preservation, history, music, and art, any one of his works will haunt you for the rest of your life.” – Dan Schindel, Hyperallergic