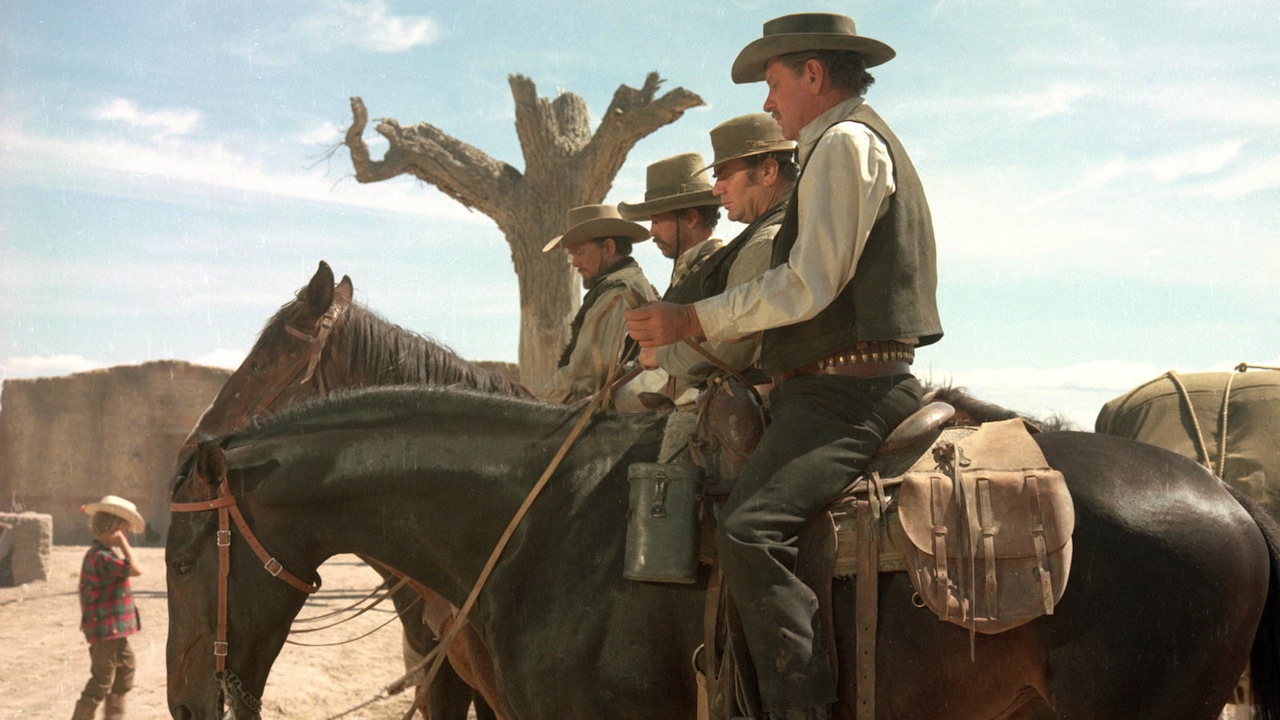 “From the opening sequence, in which a circle of laughing children poke at a scorpion writhing in a sea of ants, to the infamous blood-spurting finale, Peckinpah completely rewrites John Ford’s Western mythology – by looking at the passing of the Old West from the point of view of the marginalised outlaws rather than the law-abiding settlers. Though he spares us none of the callousness and brutality of William Holden and his gang, Peckinpah nevertheless presents their macho code of loyalty as a positive value in a world increasingly dominated by corrupt railroad magnates and their mercenary killers (Holden’s old buddy Robert Ryan). The flight into Mexico, where they virtually embrace their death at the hands of double-crossing general Fernandez and his rabble army, is a nihilistic acknowledgment of the men’s anachronistic status. In purely cinematic terms, the film is a savagely beautiful spectacle, Lucien Ballard’s superb cinematography complementing Peckinpah’s darkly elegiac vision.” – Time Out (London)