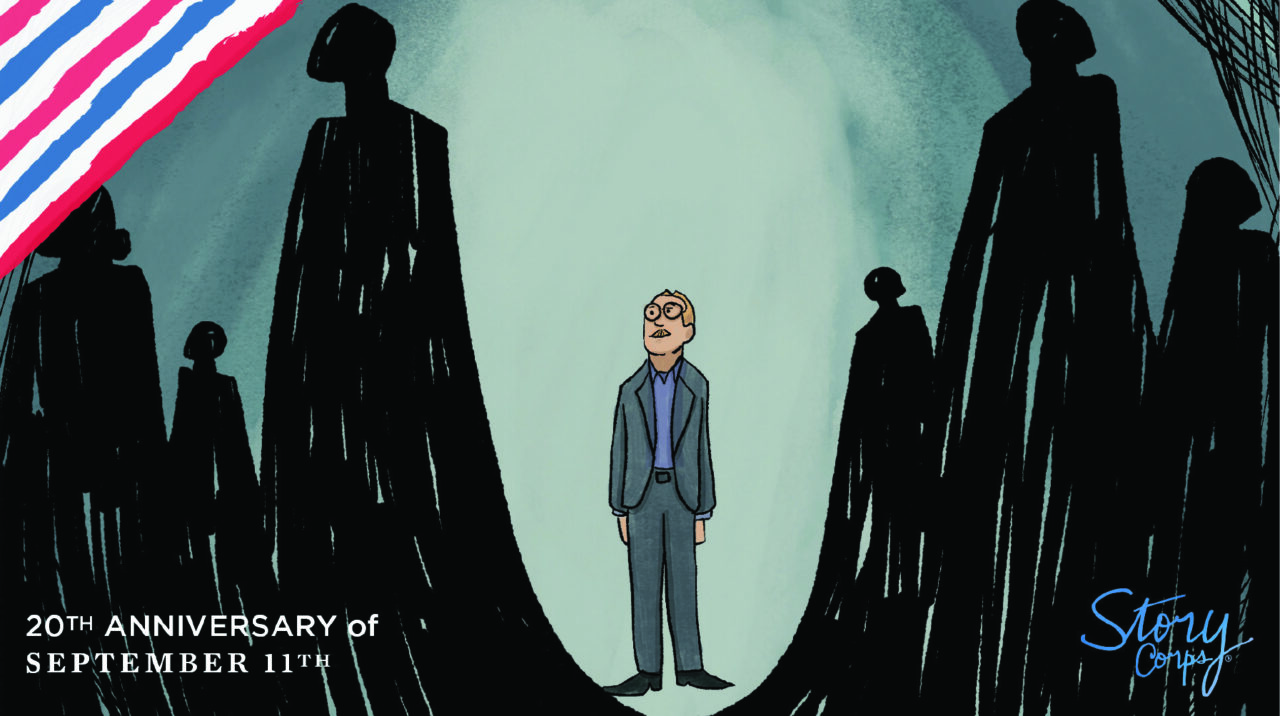 The first certified fatality of the September 11th attacks. An airline professional working the ticketing desk on September 11, 2001. A father who lost two sons in the same tragedy. The lasting love of people lost.

In recognition of the anniversary of the September 11, 2001 attacks, StoryCorps has put together a few stories from our September 11th Initiative, created in partnership with The National September 11 Memorial & Museum. These stories are told by survivors and those who lost loved ones on that day and in the events to follow. Their words illustrate the innumerable personal costs of this national tragedy. We hope that this collection offers a space for reflection and remembrance.

StoryCorps is an independent nonprofit organization with a mission to preserve and share humanity’s stories in order to build connections between people and create a more just and compassionate world. Visit storycorps.org to learn more, record your own story at storycorpsconnect.org and watch more StoryCorps videos at youtube.com/storycorps.

FRI SEP 24 – THU SEP 30: She Was The One (by StoryCorps, directed by The Rauch Brothers, 2.5m) | When Richie Pecorella met Karen Juday, she captured his heart and changed his life.

FRI OCT 1 – THU OCT 7: Always a Family (by StoryCorps, directed by The Rauch Brothers, 3.5m) | A phone call from inside the World Trade Center, saying goodbye.