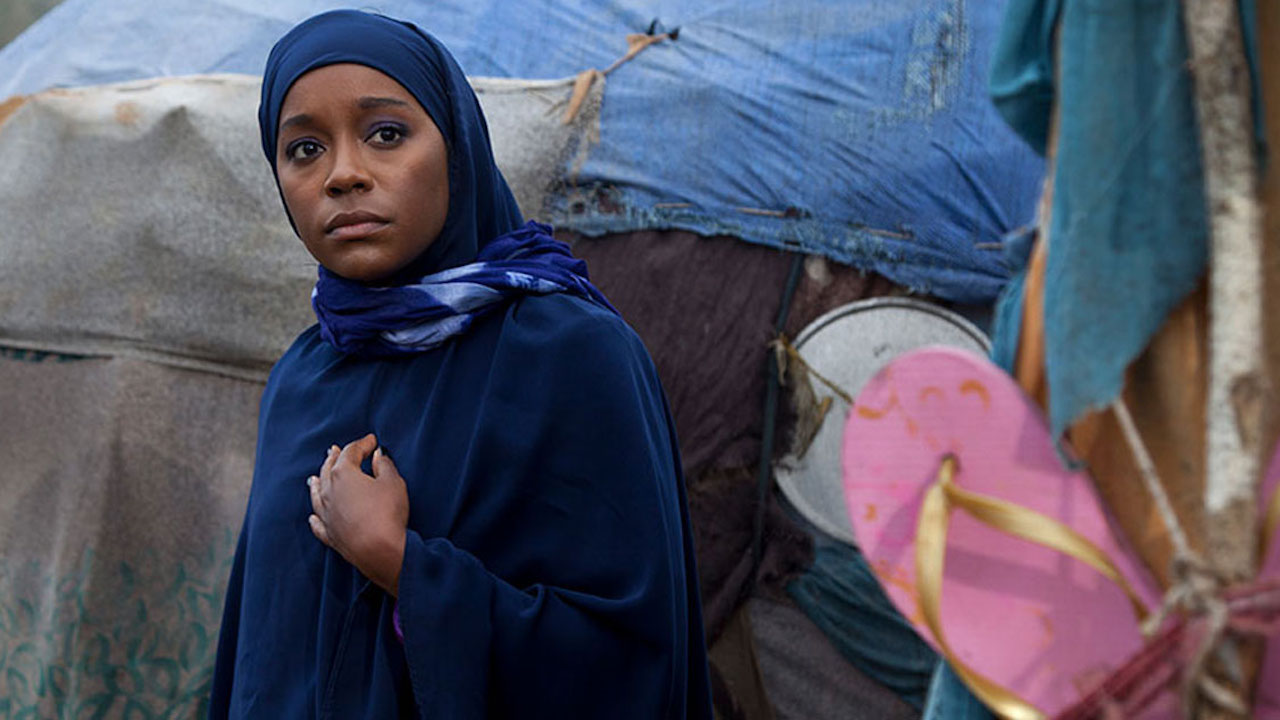 A Girl from Mogadishu

North American  Premiere. You might not think that the taboo topic of Female Genital Mutilation, (FGM) would lend itself to the traditional narrative of a heroine’s journey, but Ifrah Ahmed is no traditional heroine. A true story, based on the testimony of multi-award-winning Irish-Somali FGM campaigner (played by Aja Naomi King/How To Get Away With Murder), the film opens with a harrowing escape, as 17-year-old Ifrah flees war-torn Somalia, evading smugglers and traffickers to seek asylum in Ireland. Traumatized by the revelation of her FGM during a routine medical examination, she vows to dedicate her life to ending the practice. Learning English at record speed, she quickly emerges as a powerful speaker determined to legislate against it in Ireland and beyond. Her campaign takes her back to Somalia where she finally confronts her family for condoning the cultural practice of ‘cutting’. Invoking the power of testimony to strengthen, heal and channel change underpins this hopeful film about one woman’s determination to save all young girls at risk of FGM.