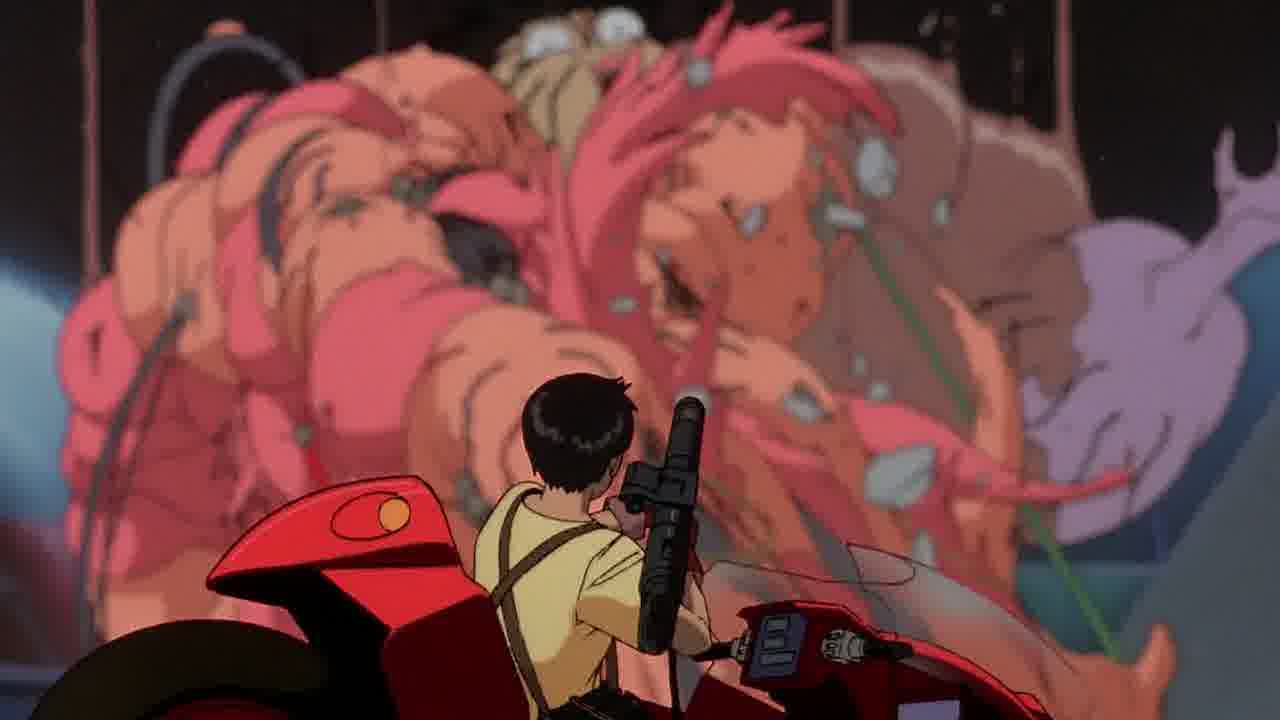 Staff Pick! Chosen by Katie who says: “AKIRA was a significant chunk of my childhood. My brother and I would watch it almost religiously. Not only is AKIRA a nostalgia-bomb, but the amount of detail and labor put into its animation is mind-blowing. There’s always something new and intricate to notice: the hand-painted backgrounds, the pencil-animated tunnels — I could go on and on!”

“The modern anime masterpiece that was instrumental in bringing Western audiences attention to the exciting world of anime, Akira is still a marvel of imagination and art. Backed by a then-record budget of US$10 million, Akira was the most expensive feature-length anime ever created. Its cutting-edge artwork rivaled anything yet produced by Disney or any other major Western creators of popular animation and its sophisticated story-line – replete with multidimensional characters and scenes of graphic violence – appealed to both adult and teenage audiences worldwide.

“Envisioning a future where the streets of post-apocalyptic Neo-Tokyo are ruled by biker gangs and the upper echelons of society is ridden with intrigue, the movie concerns the exploits of Shotaro Kaneda (Mitsuo Iwata) and Tetsuo Shima (Nozomu Sasaki), two members of a teenage biker gang engaged in a brutal turf war with a rival group of thugs called the Clowns. While running for his life with two Clowns in close pursuit, Tetsuo encounters the mysterious Takashi (Tatsuhiko Nakamura), a young boy recently rescued from a government research facility by a terrorist group known as the Resistance.

“The movie consists of 2,212 shots and 160,000 single pictures, almost three times more than usual, using 327 different colours (another record in animated movies), fifty of which were exclusively created for the film. The reason for this statistic is that most of the movie takes place at night, a setting that is traditionally avoided by animators because of the increased colour requirements. This was also one of the first Japanese anime films to have the character’s voices recorded before they were animated. While this is the typical practice in Western animation, in Japan the animation is generally produced first. Furthermore, the music for the film was completed before any of the composers saw a frame of film or read the script so, of course, the music had to be re-edited to fit certain scenes.” – Horror News (2013)