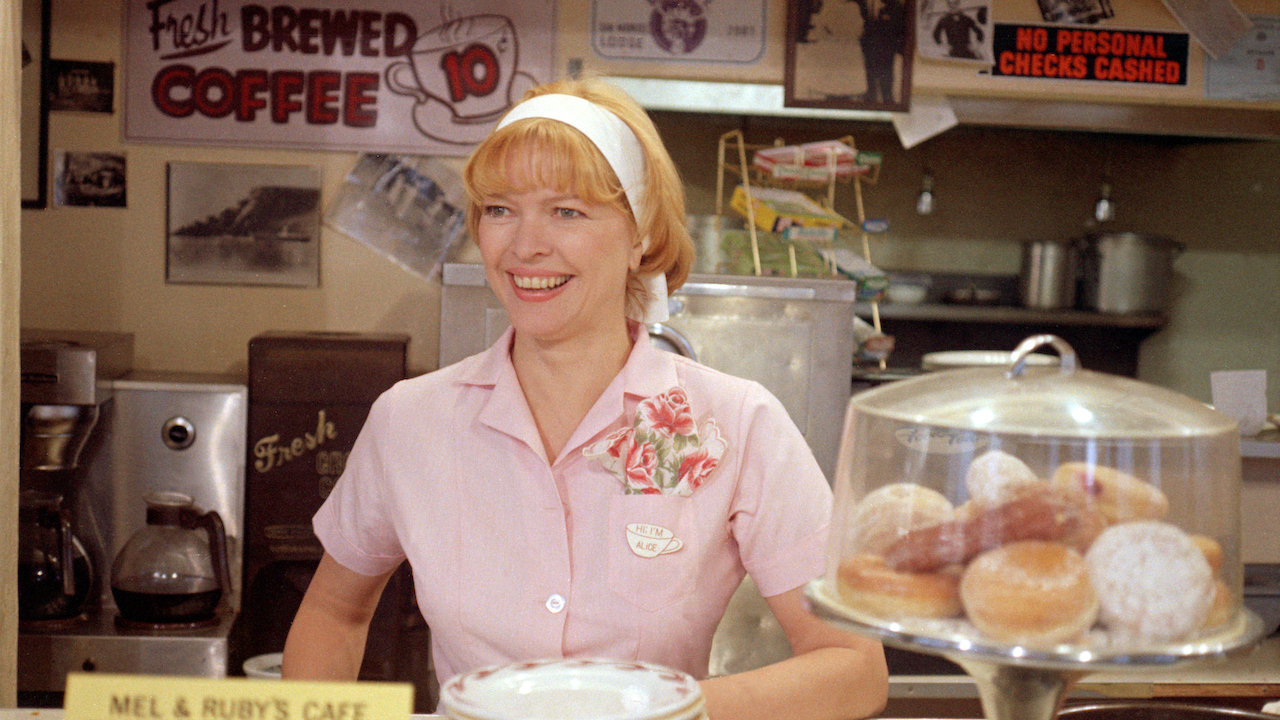 “Martin Scorsese’s ALICE DOESN’T LIVE HERE ANYMORE opens with a parody of the Hollywood dream world little girls were expected to carry around in their intellectual baggage a generation ago. The screen is awash with a fake sunset, and a sweet little thing comes strolling along home past sets that seem rescued from The Wizard of Oz. But her dreams and dialogue are decidedly not made of sugar, spice, or anything nice: This little girl is going to do things her way.

That was her defiant childhood notion, anyway. But by the time she’s thirty-five, Alice Hyatt has more or less fallen into society’s rhythms. She’s married to an incommunicative truck driver, she has a precocious twelve-year-old son, she kills time chatting with the neighbors. And then her husband is unexpectedly killed in a traffic accident and she’s left widowed and — almost worse than that — independent. After all those years of having someone there, can she cope by herself?

…There’s also the specific way her first employer backs into offering her a singing job, and the way Alice takes leave from her old neighbors, and the way her son persists in explaining a joke that could only be understood by a twelve-year-old. These are great moments in a film that gives us Alice Hyatt: female, thirty-five, undefeated.” – Roger Ebert (1974)