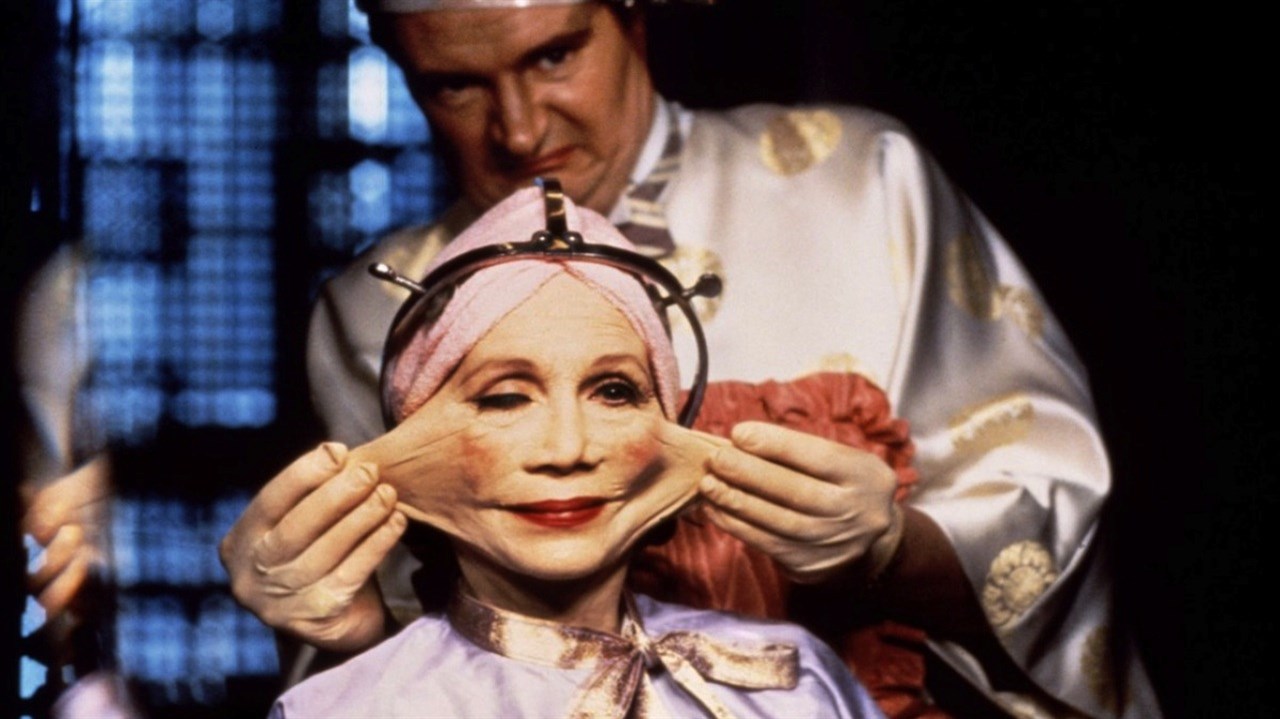 Staff pick! Chosen by Sean S. who says, “I wanted to see this movie on the big screen!”

“A jaunty, wittily observed vision of an extremely bleak future, is a superb example of the power of comedy to underscore serious ideas… Mr. Gilliam’s answer to Mr. Orwell’s Winston Smith is one Sam Lowry, a gray-suited bureaucrat who has a forbidden love, a lively fantasy life and a socialite mother. Ida Lowry (played hilariously by Katherine Helmond), who is constantly in the company of her in-house plastic surgeon, spends most of her time lunching with lady-friends and a bit of it worrying about her son’s limited career. So Ida — whose fashion sense dictates that she wear hats that look very much like upside-down shoes — arranges a promotion for Sam. He winds up in an office so small that he has only half a desk and half a poster sharing both with the bureaucrat next door. This change somehow propels Sam into a romance with a woman who may be a terrorist and into a series of hellish nightmares.” – Janet Maslin, The New York Times