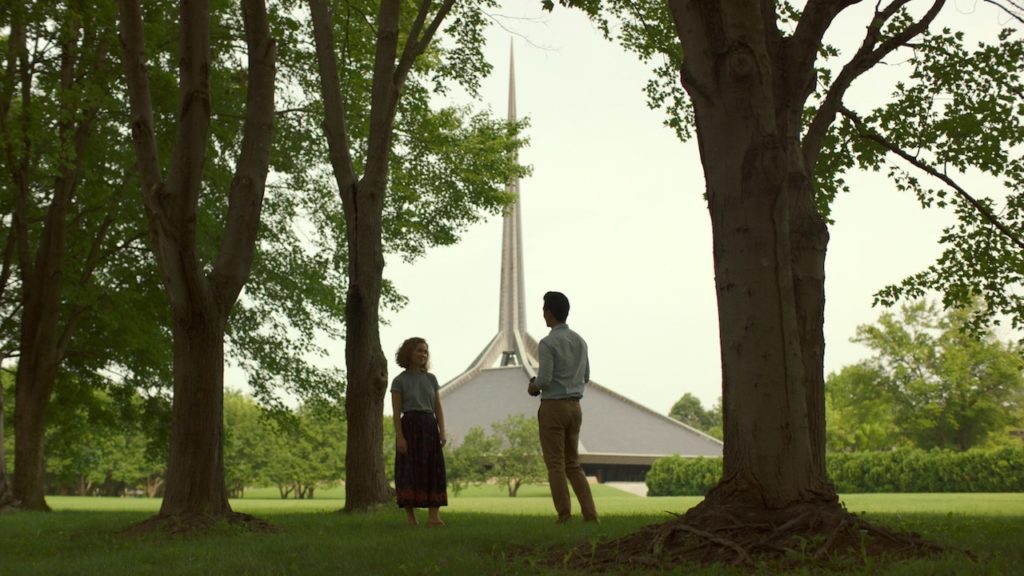 Casey (Haley Lu Richardson) lives with her mother in a little-known Midwestern town haunted by the promise of modernism. Jin (John Cho), a visitor from the other side of the world, attends to his dying father. Burdened by the future, they find respite in one another and the architecture that surrounds them.

"An assured and hypnotic debut from tyro writer/director Kogonada with a terrific cast."