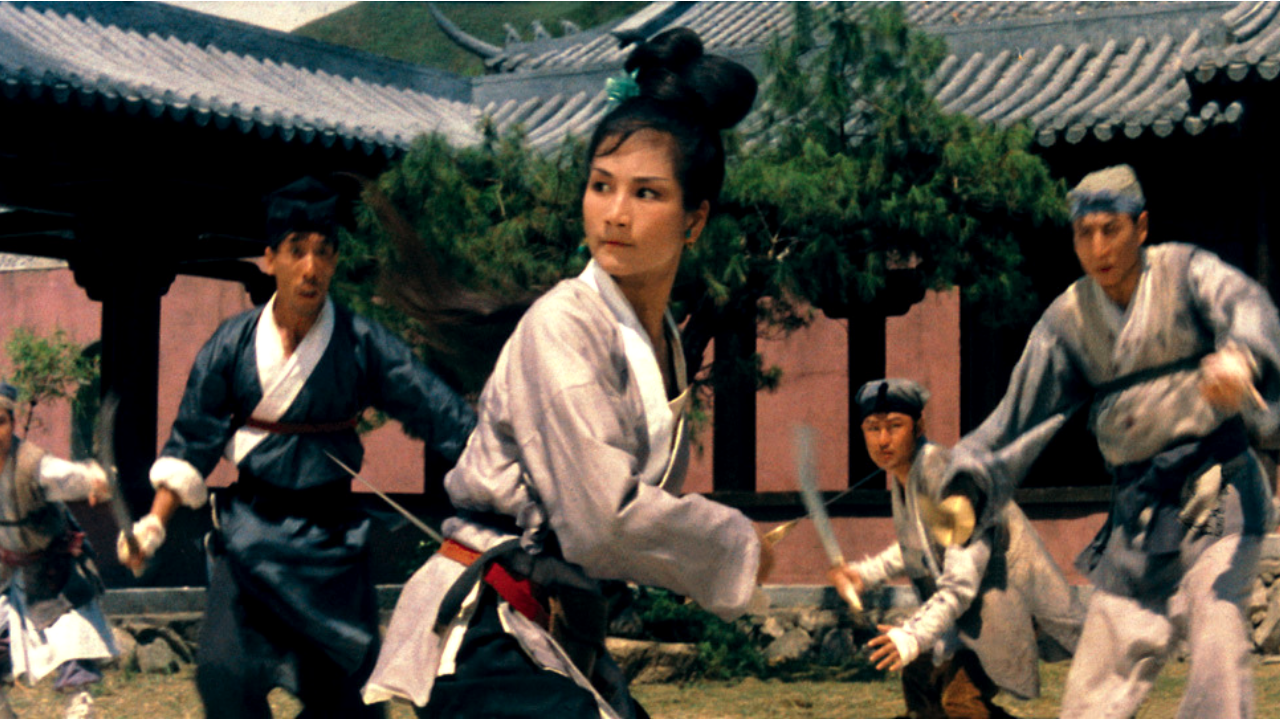 Come Drink With Me

“Experts consider King Hu’s Come Drink with Me a benchmark in Hong Kong martial arts filmmaking, and it has been cited as one of the sources for Ang Lee’s knockoff hit Crouching Tiger, Hidden Dragon. And, if like me, you’ve only seen one other Hu film, the three-hour masterpiece A Touch of Zen (1969), Come Drink with Me may come across as something of a disappointment, especially on first viewing. The action here is much slower and more careful than Hong Kong fans are used to, with combatants spending a great deal of time sizing each other up between blows, and the not-quite-logical plot comes a little too close to the forefront because of it.
“But a deeper look reveals something a bit richer, especially given its context in film history. The beautiful Cheng Pei-pei stars as Golden Swallow, a girl in drag sent to negotiate the release of a kidnapped official (really her brother). She checks into an inn and proceeds to beat the stuffing out of a dozen attackers. A singing buffoon, Drunken Cat (Yueh Hua), who is really a kung fu master, helps her out. It turns out that Drunken Cat’s former teacher is the leader of the bad guys, so we get the second-to-last showdown with Golden Swallow, then the major showdown with Drunken Cat. I would like to have seen Golden Swallow more in the foreground, rather than relying on Drunken Cat’s help; she fights off an entire courtyard full of men, but takes a poison dart just as she escapes over the wall. Drunken Cat has to save her life. Regardless, she’s still a breakthrough for tough, feminist characters. Cheng’s performance has a dancer’s grace and razor-sharp intensity; if her sword doesn’t get you, her eyes certainly will.” (Combustible Celluloid)