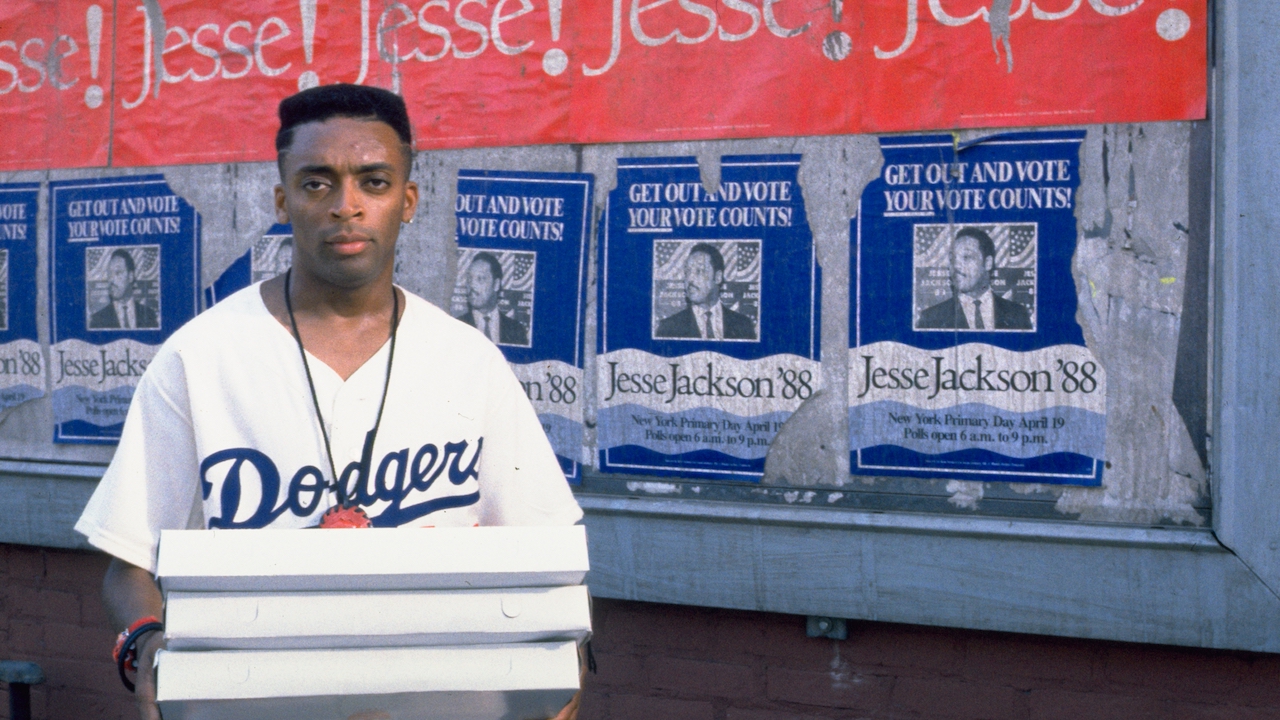 Do the Right Thing

The 7:00 shows through July 4, and the 9:20 shows July 5-11 screen on an archival 35mm print; all other showtimes will be showing a DCP with 6 minutes of new bonus content.

Nominated for two Academy Awards® including Best Original Screenplay, DO THE RIGHT THING, written, directed and produced by Spike Lee, is set on one Bed-Stuy block at the height of a sweltering summer in the late 1980s. Over the course of a single day, the casual interactions of the block’s unforgettable cast of multi-racial characters— including Mookie (Lee), Sal (Danny Aiello), Da Mayor (Ossie Davis), Mother Sister (Ruby Dee), Mister Señor Love Daddy (Samuel L. Jackson), Tina (Rosie Perez), Buggin Out (Giancarlo Esposito) and Pino (John Turturro)—escalate into heated confrontations as tensions rise along racial fault lines and ultimately explode into violence. Punctuated by the anthemic refrain of Public Enemy’s “Fight the Power,” Lee’s 1989 masterpiece confirmed him as a filmmaker of peerless vision and passionate social engagement. A cultural lightning rod and a landmark in American cinema, DO THE RIGHT THING is as politically and emotionally charged and as relevant today as when it first hit the big screen.

A Note on the Restoration:

DO THE RIGHT THING is presented in its original aspect ratio of 1.85:1. This new digital transfer was supervised by cinematographer Ernest Dickerson and was created in 16-bit 4K resolution on a Lasergraphics Director film scanner from the 35 mm original camera negative. Thousands of instances of dirt, debris, scratches, splices, and warps were manually removed using MTI Film’s DRS, while Digital Vision’s Phoenix was used for jitter, flicker, and small dirt. The 5.1 surround soundtrack was remastered in 2009 by NBCUniversal StudioPost Audio Operations from the original 35 mm four-track stems. It was supervised by sound designer Skip Lievsay and approved by director Spike Lee.