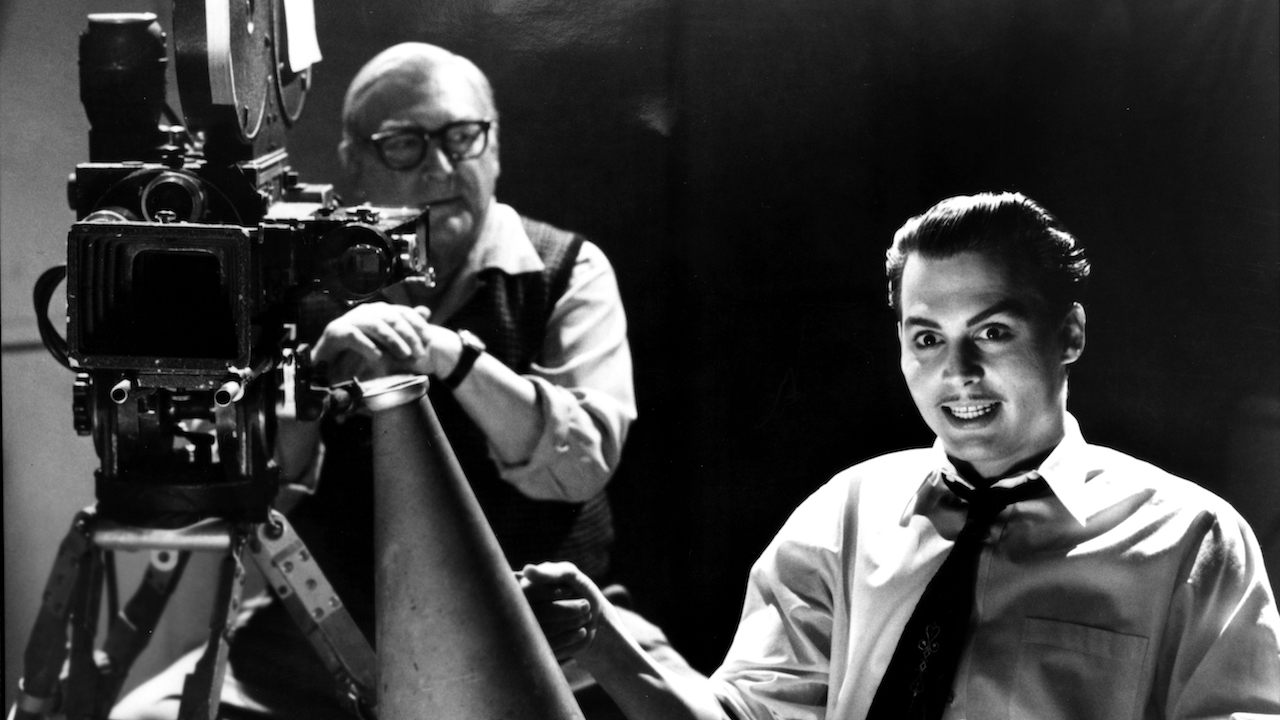 Staff Pick! Chosen by Matt, who says: “As a creator of bad art myself, I’ll always have a soft spot for ED WOOD – softer than an angora sweater.”

“Edward D. Wood Jr. must have been the Will Rogers of filmmaking: He never directed a shot he didn’t like. It takes a special weird genius to be voted the Worst Director of All Time, a title that Wood has earned by acclamation. He was so in love with every frame of every scene of every film he shot that he was blind to hilarious blunders, stumbling ineptitude, and acting so bad that it achieved a kind of grandeur. But badness alone would not have been enough to make him a legend; it was his love of film, sneaking through, that pushes him over the top.

“Burton’s career has always shown a fondness for touching outsiders, like Beetlejuice and Edward Scissorhands, Batman and Jack Skellington (the lonely star of Tim Burton’s The Nightmare Before Christmas). In ED WOOD, he gives us a hero who is not merely an outsider, but one who attracts even more desperate cases to himself. Played with warmth and enthusiasm by Johnny Depp, Wood is a guy who simply must make movies – and who is so bedazzled by Hollywood legend that he mistakes poor Bela Lugosi, long past his prime and mired in drug addiction, as a star.” – Roger Ebert (1994)