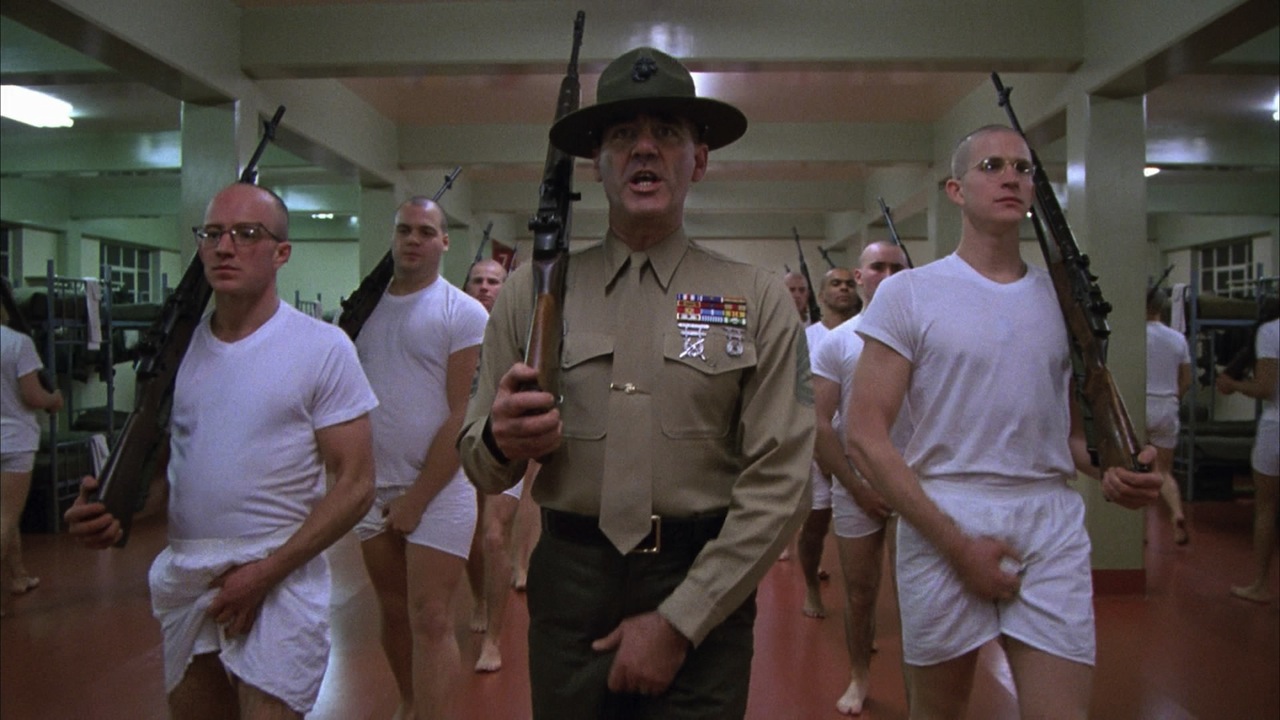 “Stanley Kubrick shares with Orson Welles and Carl Dreyer the role of the Great Confounder—remaining supremely himself while frustrating every attempt to anticipate his next move or to categorize it once it registers. This odd 1987 adaptation of Gustav Hasford’s The Short-Timers, with script-writing assistance from Michael Herr as well as Hasford, has more to do with the general theme of colonization (of individuals and countries alike) and the suppression by male soldiers of their female traits than with the specifics of Vietnam or the Tet offensive. Elliptical, full of subtle inner rhymes (for instance, the sound cues equating a psychopathic marine in the first part with a dying female sniper in the second), and profoundly moving, this is the most tightly crafted Kubrick film since Dr. Strangelove, as well as the most horrific… With Matthew Modine, Adam Baldwin, Vincent D’Onofrio, and R. Lee Ermey.” – Jonathan Rosenbaum, Chicago Reader