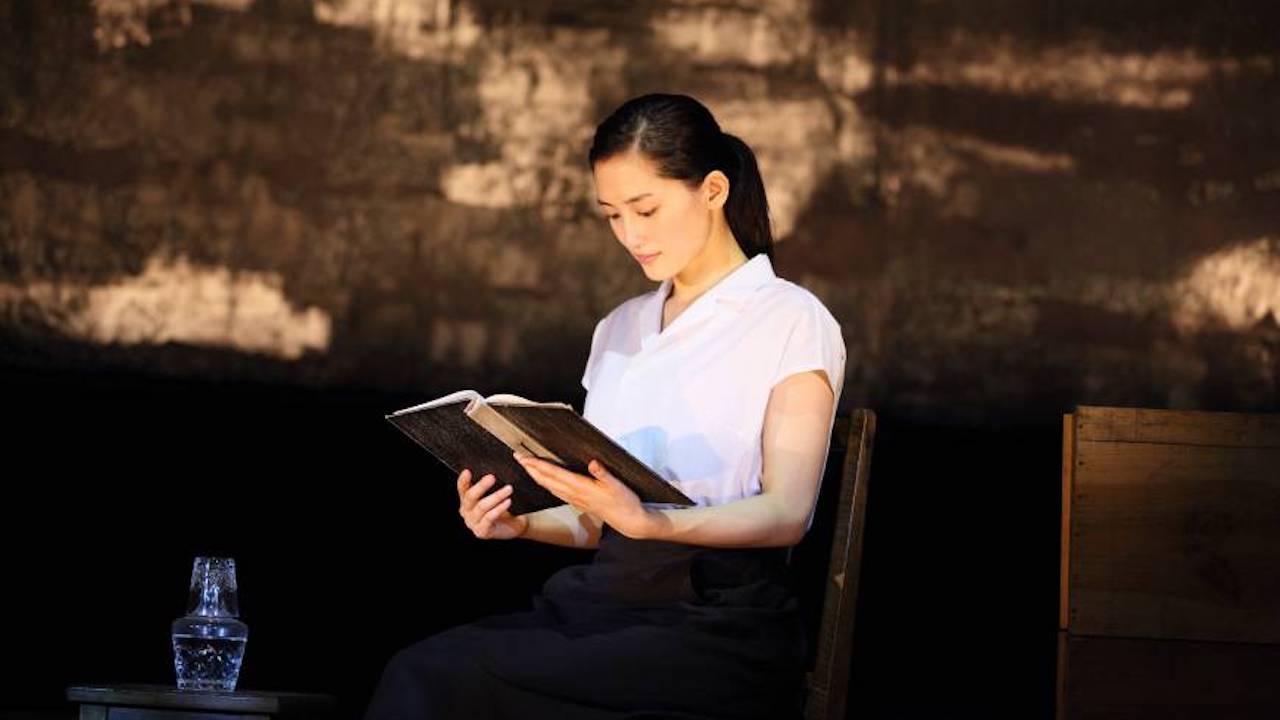 “One film about the Hiroshima bombing that drills into emotional bedrock instead of retailing familiar platitudes is “Ishibumi,” (“Stone Monument”) Hirokazu Koreeda’s reworking of a classic 1969 TV program produced by Hiroshima Television. The movie is currently screening at PorePore Theater in Tokyo’s Higashi Nakano district and elsewhere around Japan.

“The focus of the original TV program and the book that accompanied it were the 322 first-year students and four teachers at Hiroshima Second Middle School who were engaged in demolition work only 500 meters from the hypocenter of the blast and died either on the spot or soon after. Their survivors gathered testimonies about their last words and actions that formed the basis of the book and program.

“This would seem to be material ripe for tear-jerker treatment, but Koreeda’s approach — at once elegiac and unsentimental — raises it to the level of universal tragedy. The staging by art director Yukio Horio is simple: Actress Haruka Ayase, a Hiroshima native who appeared in Koreeda’s 2015 drama “Our Little Sister” (“Umimachi Diary”), sits alone on a straight-back chair and reads excerpts from the testimonies. Meanwhile, photographs of their subjects are projected onto plain wood boxes beside her and on a curving screen behind her. These readings are interspersed with scenes of journalist Akira Ikegami interviewing victims’ family members and others, mostly in Hiroshima settings where it is now impossible to imagine the horrors of seven decades ago (though he also visits the heart-wrenching Peace Memorial Museum).

“The survivors captured by Koreeda’s camera are now frail bridges to the past that will soon be swept away. Thus one of Japan’s best current directors recording their voices and reviving their testimonies for a new generation is significant. War memorials come around once a year; a film like this, not so often.” – The Japan Times (2016)