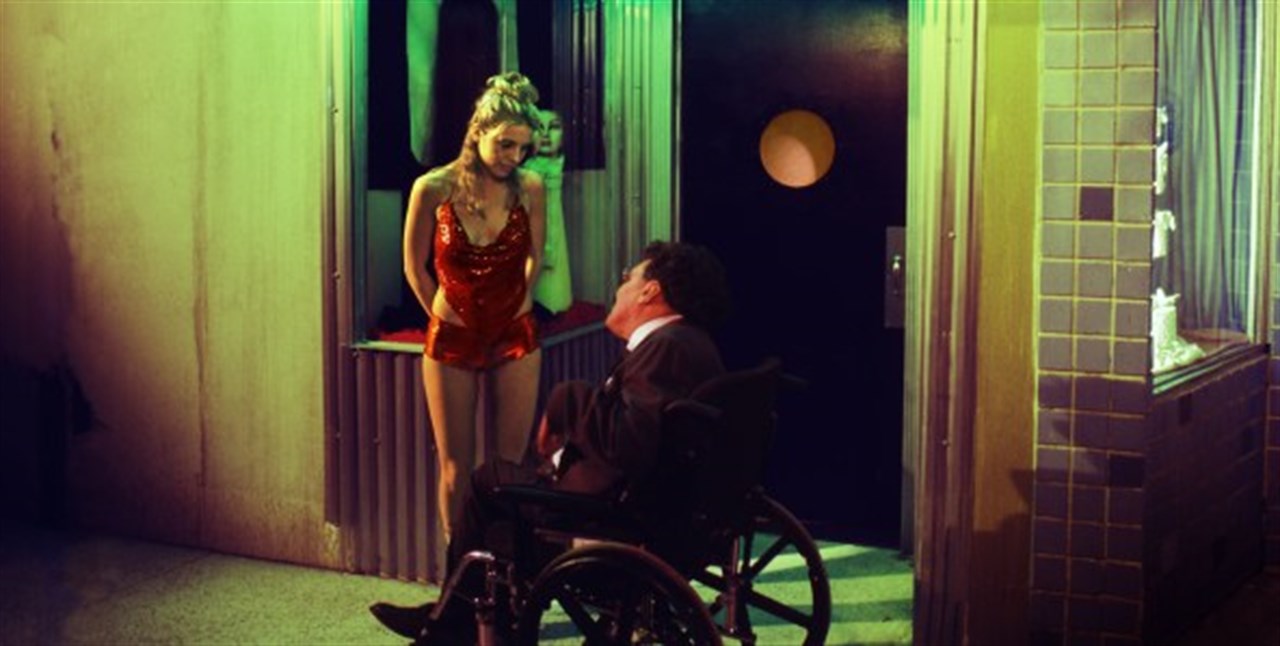 It Is Fine! EVERYTHING IS FINE.

Glover in person to present his Big Slide Show Part 2, plus Q&A and book signing!

It Is Fine! EVERYTHING IS FINE. goes into uncharted cinematic territory with screenwriter Steven C. Stewart starring in this semi-autobiographical, psycho-sexual, tale about a man with severe cerebral palsy and a fetish for girls with long hair. Part horror film, part exploitation picture and part documentary of a man who cannot express his sexuality in the way he desires (due to his physical condition), this fantastical and often humorous tale is told completely from Stewart’s actual point of view — that of someone who has lived for years watching people do things he will never be able to do. Here, Stewart’s character is something of a lady killer, seducing a troubled, recently divorced mother (Margit Carstensen), her teenage daughter and any number of other ladies he encounters along the way. According to Glover, Stewart “wanted to show that handicapped people are human, sexual and can be horrible.”