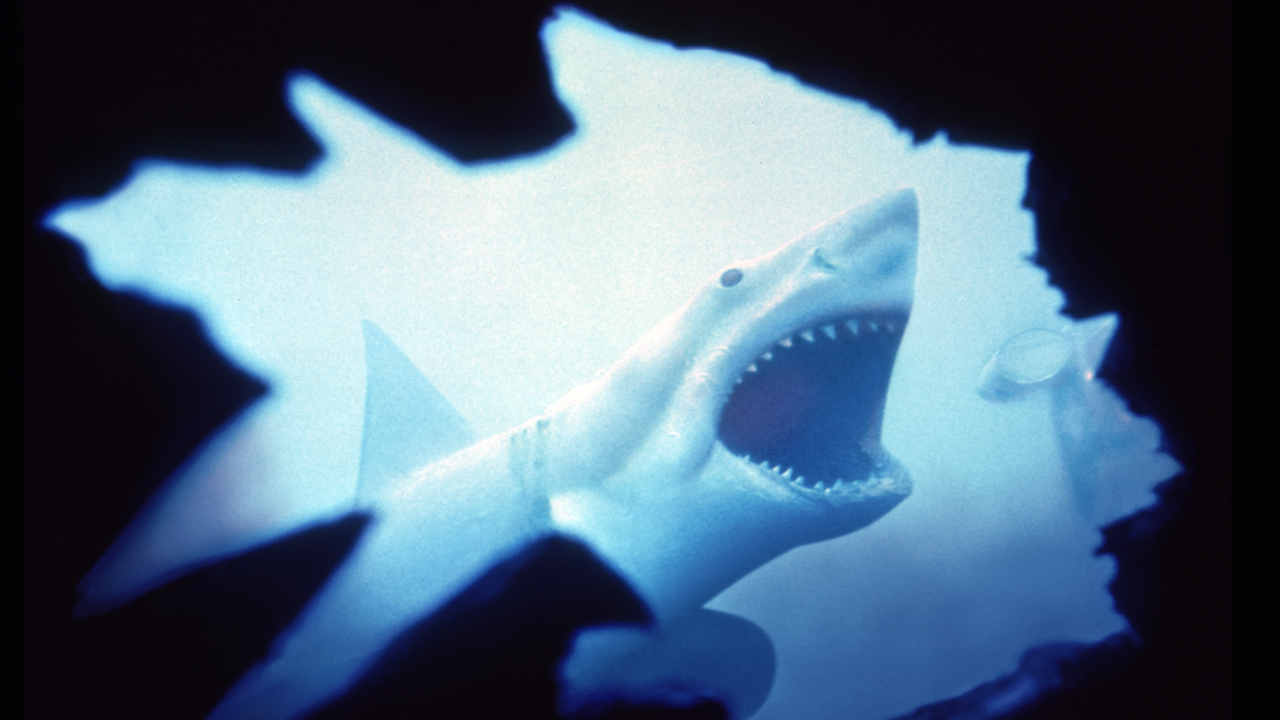 “In this, the first true summer blockbuster, a lone great white shark trolls the waters surrounding the small island community of Amity. Despite his fear of the water, police chief Martin Brody obsessively investigates the vicious attacks and eventually follows the beast out into open water — where it tries to eat him, his two fish-hunting mates and their boat. The shark makes for the ultimate predator, striking at random and for no apparent reason. The chilling John Williams score signals impending doom with its now famous minimal two-note theme, and Steven Spielberg’s wise decision to limit glimpses of the shark itself (caused mostly by the mechanical fish’s talent for regularly malfunctioning) resulted in many an audience member questioning whether or not they would (or could) ever step back into the ocean.” – Time