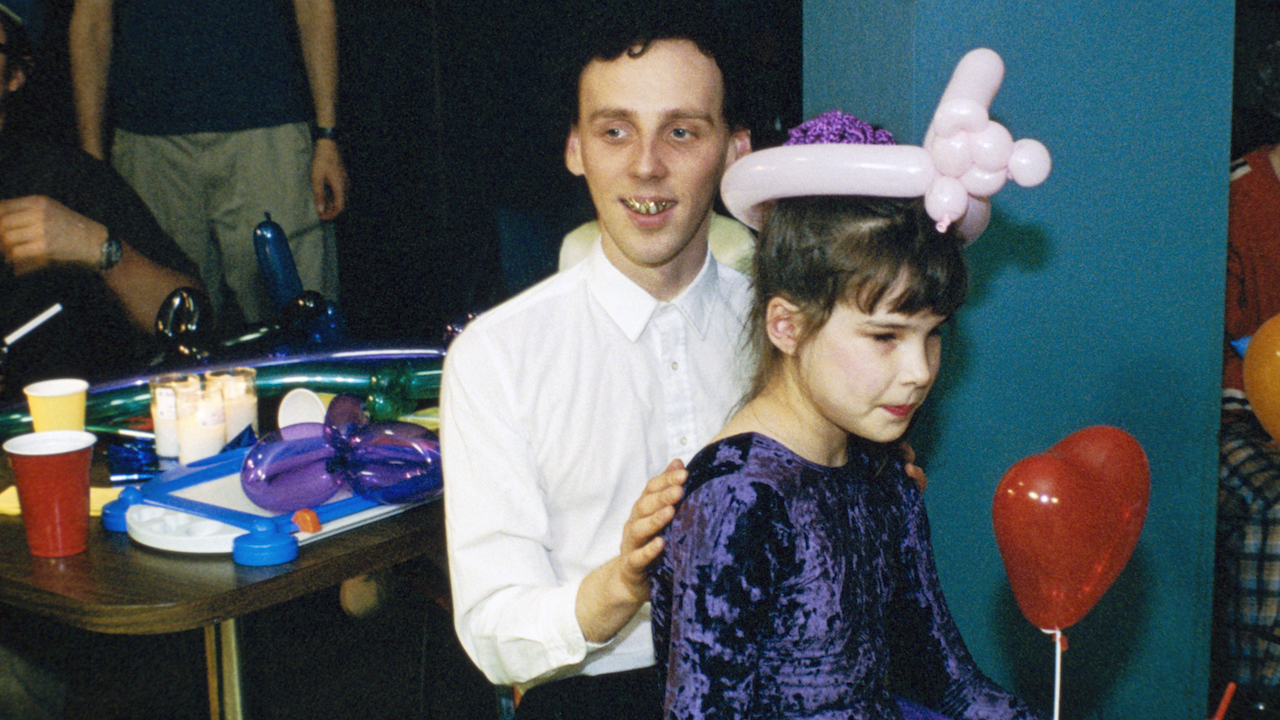 Staff Pick! Chosen by Shelby who says, “JULIEN DONKEY-BOY was the first feature film that aligned with my ideals of what an image could do to a viewer: be strikingly beautiful and captivating by being ugly and distorted. With the lo-fi quality blown-up, the film is a granular, pixelated collage, and the careful editing by Valdis Oskarsdottir paired with the looming soundtrack help to stifle any feelings of grandiosity. It’s a perfect film.”

“In a graceful montage Korine introduces Julien’s family, each of its members alone, suggesting right from the start their essential isolation. The Queens row house’s bleak tone is set by Julien’s martinet of a father (Herzog, the erstwhile enfant terrible of the New German Cinema), an immigrant who may or may not be retired but who is suffused with a sense of defeat and longing for his dead wife. He seems to be in denial over Julien’s mental state, regarding him, in anger and contempt, as merely stupid. Of his pregnant daughter Pearl (Chloe Sevigny), he denounces as “a dilettante and a slut” as she plays a harp. He reserves his greatest rage and abuse for his younger son Chris (Evan Neumann), a high school wrestler, in whom he sees his only ray of hope.

“JULIEN DONKEY-BOY was shot in digital video with multiple hand-held cameras, which at once gives it a quality of immediacy in its intimacy and restless camera movement but also a crucial distancing with its grainy, high-contrast imagery. Without its highly expressive jagged, stylized quality, the film, in its raw emotional intensity, might well have been unbearable. So steady is Korine’s gaze, and of such a depth of compassion and understanding, that JULIEN DONKEY-BOY acquires a spiritual dimension that allows it ultimately to become an act of redemption.” – Los Angeles Times (1999)