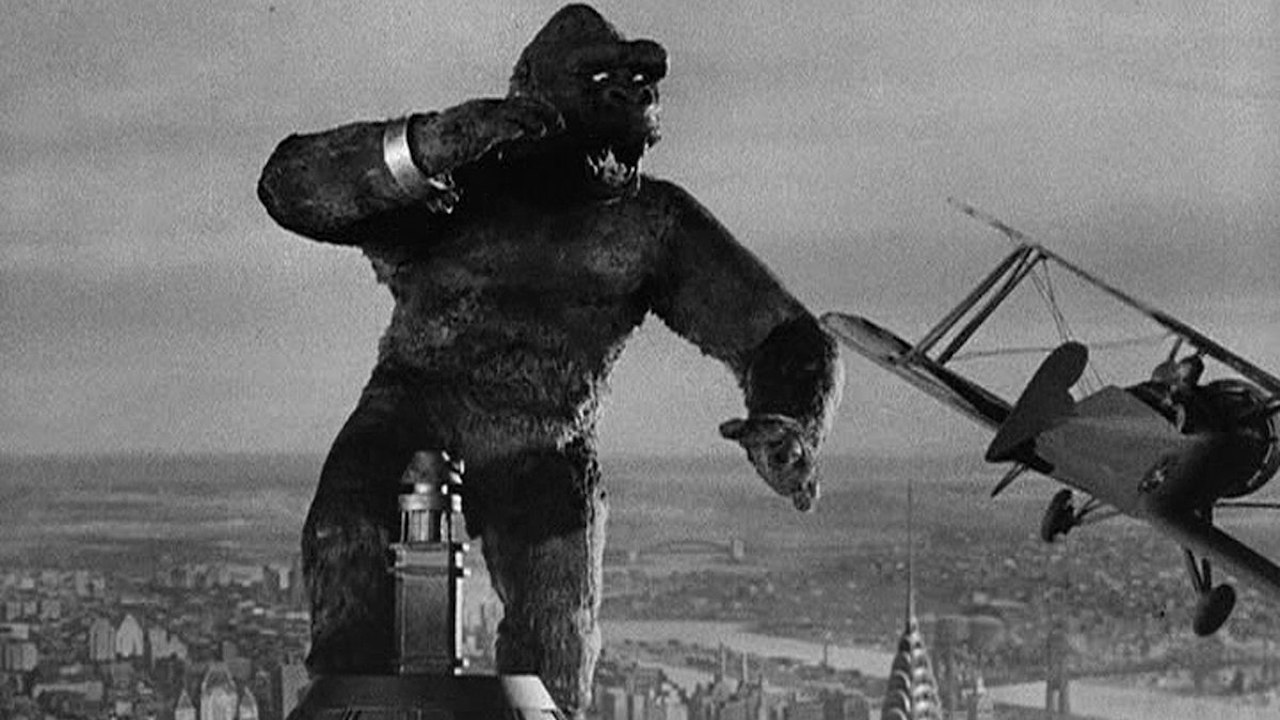 Staff Pick! Chosen by Joe who says, “Oh no, it wasn’t the airplanes – it was the slew of subpar remakes and sequels that killed the beast.”

“The yarn is a “beauty and the beast” story, done in an entirely different setting, with much of your sympathy going to the beast. Even though he kills off anything and everything that seeks to intrude on his romance with the beauty, when he is finally killed at the top of the Empire State Building in New York, by thousands of bullets from airplane guns, you almost have to choke down a tear for his passing.

“[Fay] Wray has never been more beautiful before the camera, nor acted as well as she does in this production. [Robert] Armstrong, out of the villain class for the time being, is more than capable in the role of the director. Bruce Cabot, while not astonishing in his histrionic ability, does ably as the hero. All other members of the cast are well fitted to their parts and offer excellent support.

“The production department of Radio can take deep bows for its work. The sets and locations added greatly to the realism of this fantastic story.” — The Hollywood Reporter (1933)