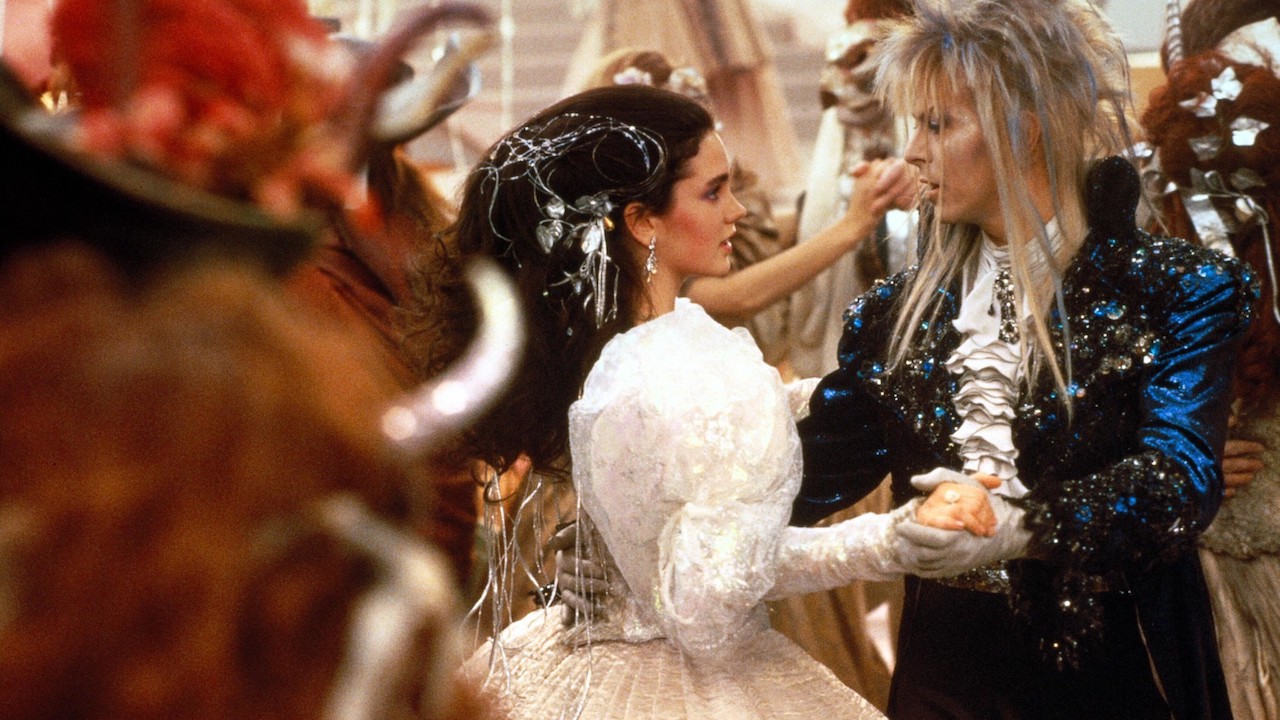 Staff Pick! Chosen by Sean R. who says: “A mind-bending fantasy full of elaborate puppetry from the imagination of Jim Henson and the music of David Bowie. Dance, magic, dance.”

“The writer hails from Monty Python, the director invented the Muppets, the executive producer spawned a little thing called Star Wars. Its leading lady was a future Oscar winner. And the villain was played by a British rock god, who also contributed a couple of none-too-shabby songs to the soundtrack.

“An innovative mix of sophisticated puppetry and special effects, LABYRINTH has all the components of classic myth: monsters and mazes, a hero (or heroine) who must overcome fear and self-doubt, and a journey that leads to discovery, and self-discovery.” – Philadelphia Inquirer