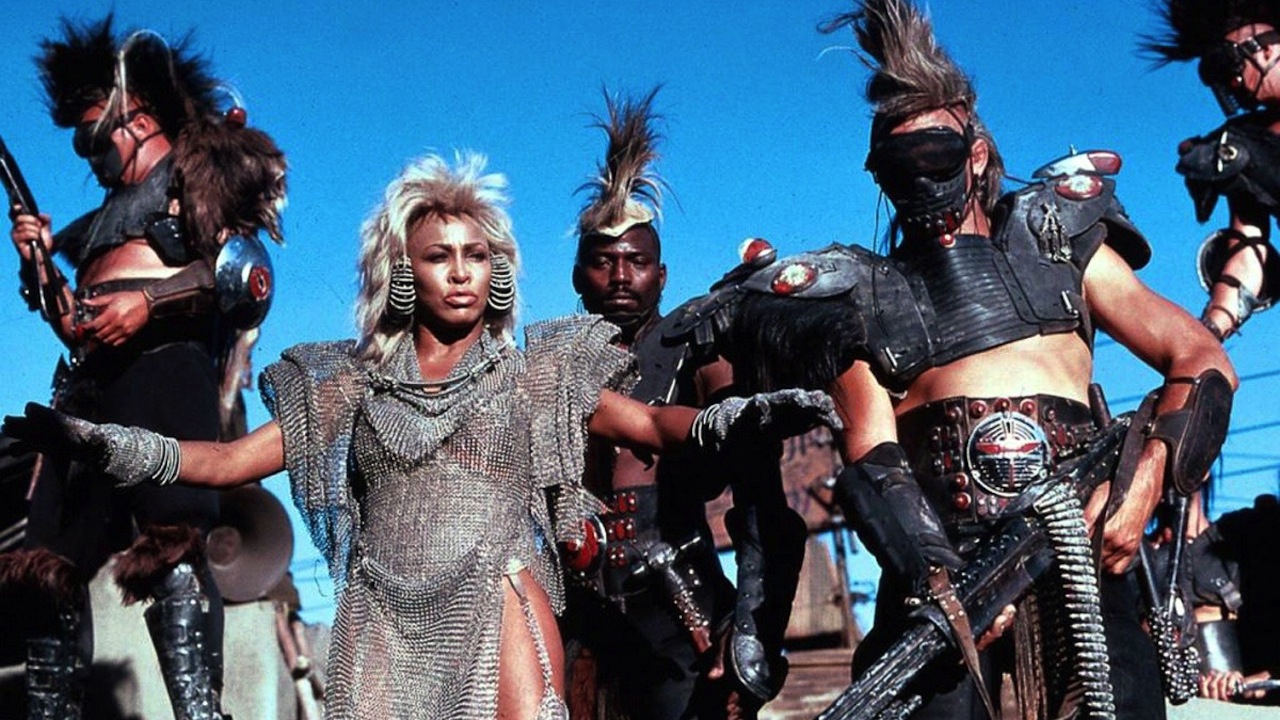 “Mad Mel is back on the job, cleaning up the dustbowls of post-apocalyptic Aussie. This time around, he’s matched against Auntie (Turner) and the denizens of the pig-shit powered Bartertown in a rather erratic plot which rambles around the Outback before finally pulling itself together for the usual stunning chariots of fire and brimstone chase scene. En route, however, Miller unveils some marvellously original cinematic snaps (the lost city of the feral children; Master Blaster, the dwarf-powered giant; Thunderdome itself); and if the thrills and special effects lack a little of the punch of Mad Max 2, there’s still enough imagination, wit and ingenuity to put recent Spielberg to shame.” – Time Out (London)