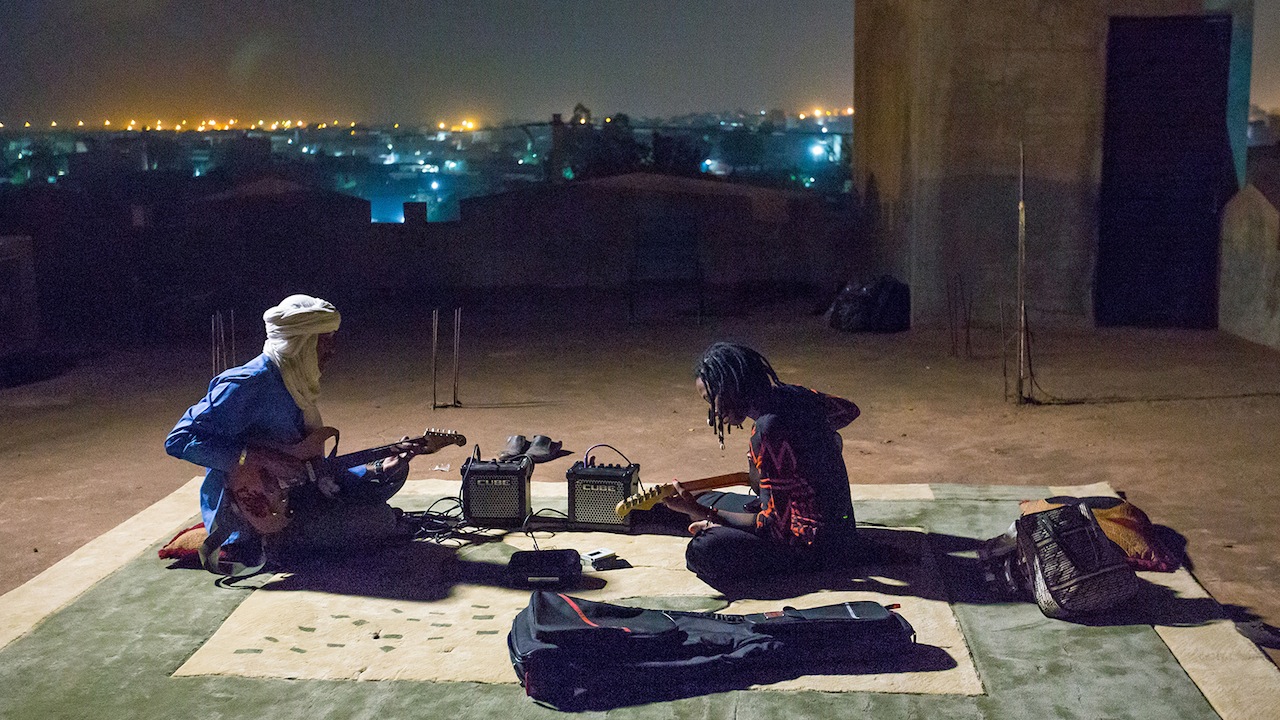 The West African country of Mali is a birthplace of the blues, a musical tradition later carried by the transatlantic slave trade to America’s cotton fields. Yet today, the music and musicians of Mali are in grave danger. As fundamentalist Islam and sharia law become more widespread, dance and secular music are prohibited, musical instruments are destroyed, and musicians are forced to flee their homeland.

The vibrant documentary MALI BLUES follows four artists using their music to stand up to religious extremism: Fatoumata “Fatou” Diawara is a rising star on the global pop scene (memorably featured in Abderrahmane Sissako’s acclaimed drama Timbuktu). Bassekou Kouyaté is a celebrated ngoni player and traditional griot. Master Soumy is a young street rapper influenced by hip-hop. Ahmed Ag Kaedi is the leader of the Tuareg band Amanar and a guitar virtuoso. Each combines rich musical traditions with contemporary influences, using their music to stand up to extremism and inspire tolerance and peace.

"Goosebump-inducing! Nuanced meditations on the limbo of the diaspora and celebrations of Mali’s ethnic plurality color the fabric of this film, which vibrates with urgency and life. Marks a zenith of the music documentary genre.”