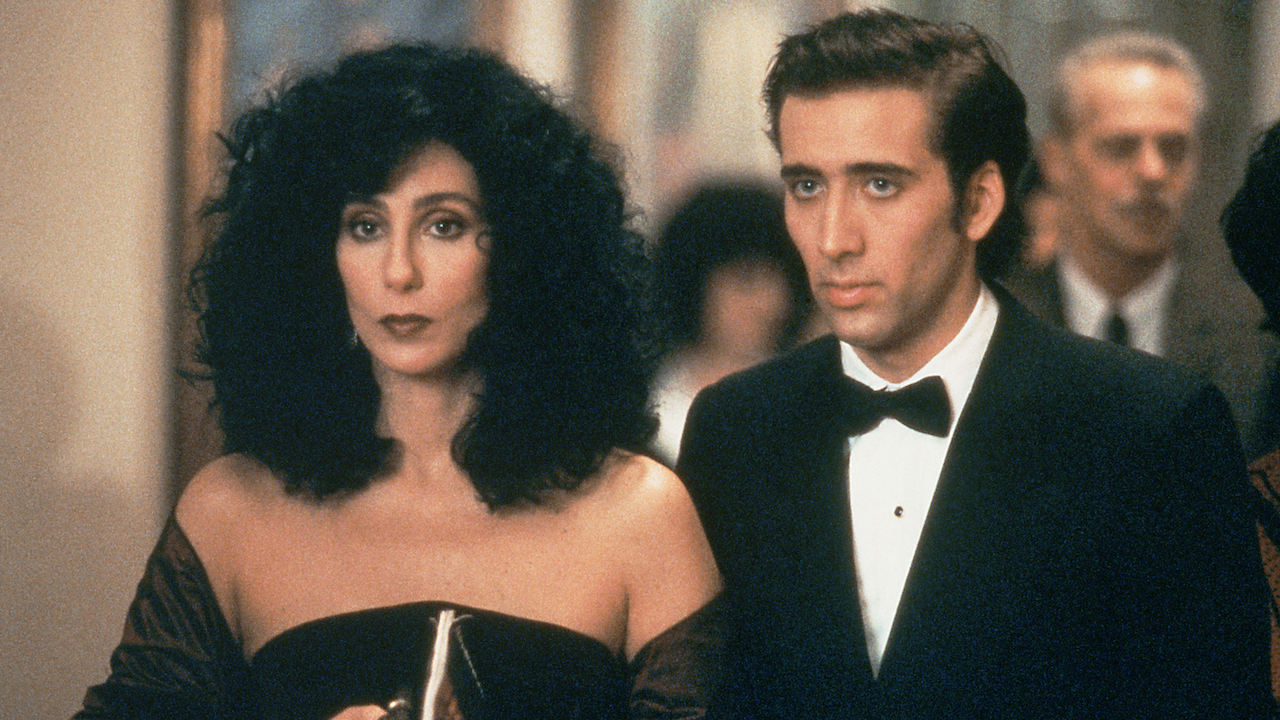 Due to an unforeseen scheduling conflict, Matt Zoller Seitz will not be able to attend this screening. Instead, the post-screening discussion will be moderated by Odie Henderson, film critic for RogerEbert.com, recapper for Vulture, and publisher of Big Media Vandalism.

A box office smash as well as a multiple Oscar-nominee and winner, Moonstruck is a great romantic comedy, an insightful portrait of a multi-generational family, and an affectionate record of late-20th century East Coast Italian-American life. Cher anchors the film in an Oscar-winning performance as Loretta Castorini, a 37-year old widow trudging through a dull relationship with Johnny Cammareri (Danny Aiello), a middle-aged mama’s boy. When Johnny goes to Italy to visit his ailing mother, Loretta falls for Johnny’s mercurial younger brother Ronny (Nicolas Cage), a baker who has been estranged from Johnny since an incident that he claims cost him his hand and his bride. Even as Moonstruck turns up the heat between Loretta and Ronny, it carves out space for deep bench of supporting characters, led by Loretta’s depressed mother Rose (Olympia Dukakis), who rightly feels unappreciated by her husband, blowhard plumber Cosmo (Vincent Gardenia), but has no idea he’s added insult to injury by taking a girlfriend (Anita Gillette) on the side.

As directed by Norman Jewison (In the Heat of the Night) from an Oscar-winning script by John Patrick Shanley (Joe vs. the Volcano, Italian-American Reconciliation), Moonstruck is a swoon and a sigh in the form of a movie. Its generosity is so boundless that it gifts poignant solos and duets to characters who might wilt in the margins of lesser films, such as Loretta’s grandfather (Feodor Chaliapin, Jr.), who devotes his life to a pack of dogs that he walks each night and feeds food pilfered from Rose’s dinner table; and an emotionally immature college professor named Perry (John Mahoney) who laments having drinks thrown in his face by women half his age, then decides to turn his charm on Rose, who is delighted to be shown the sort of interest that her spouse hasn’t granted in years.

A magical storybook moon binds all the characters at key points in the tale, their melancholy and longing amplified by a soundtrack of opera and vintage pop (including Dean Martin’s “That’s Amore!”). Every few minutes there’s a verbal aria so rhythmically astute that it’s a wonder that no one has turned Shanley’s script into a musical. The film’s blend of toughness, wisdom and wonder is reflected one of Ronny’s many superheated monologues: “Love don’t make things nice,” he tells Loretta. “It ruins everything. It breaks your heart. It makes things a mess. We aren’t here to make things perfect. The snowflakes are perfect. The stars are perfect. Not us.”